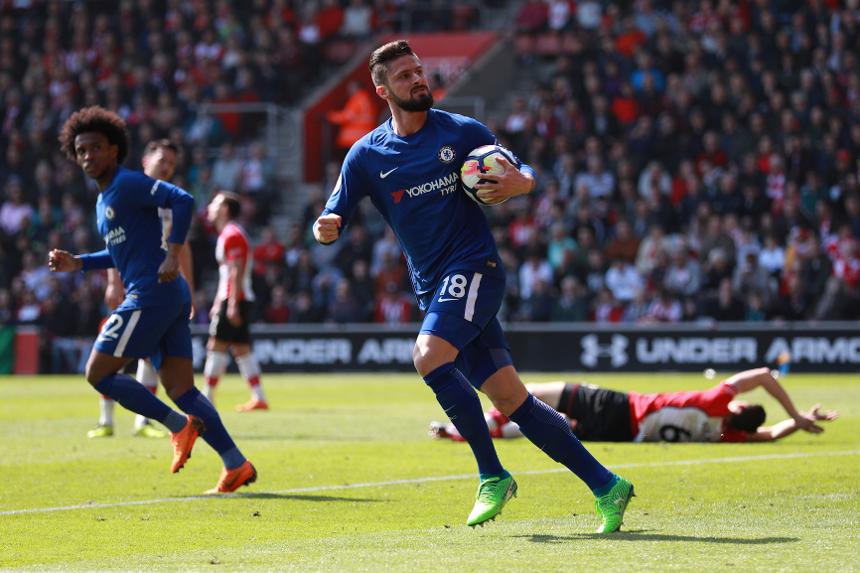 GW38 Ones to watch: Olivier Giroud

The late double Olivier Giroud scored at Southampton last month sparked a run of results that still gives Chelsea a chance to claim a top-four finish on the last weekend of the Premier League season.

Although starts were initially hard to come by for the French striker, his influence has grown over recent weeks.

Leading the line with distinction and scoring a key goal at home to Liverpool last weekend, the 31-year-old has restored hope to a cause that until recently appeared irretrievable.

His battle for a first-team start with Alvaro Morata has been particularly fascinating to watch.

Giroud’s arrival in late January brought fresh competition for places up front, which head coach Antonio Conte was hoping would provoke a positive response from the Spaniard.

But Morata has scored just one Premier League goal since his new team-mate joined from Arsenal.

Conte has rotated the pair quite evenly, but Chelsea have looked a more potent goal threat when Giroud has been leading the line.

Averaging over two goals per match with the Frenchman in the team, the Blues’ record without him has been much worse.

Chelsea in PL since 5 February

Chelsea’s chief playmakers seem to have enjoyed the presence of a natural target man.

Eden Hazard and Cesc Fabregas are always looking to bounce forward passes into Giroud, who is naturally adept at supplying sharp one-twos or holding on to the ball.

He wins 52.8 per cent of duels compared to Morata’s 41.3 per cent and is a stronger physical presence.

Hazard and wing-back Victor Moses have created the most chances (four) for their new front man too.

Giroud has reciprocated the service, linking up with Hazard and Fabregas more than anyone else.

He set up Hazard for a lovely goal at home to West Bromwich Albion with a clever pass, and has created five goalscoring opportunities for the Belgian.

Giroud’s understanding with Hazard has been impressive.

Since his Blues debut at Watford, when three late goals earned the Hornets a 4-1 win, Chelsea’s record with Giroud and Hazard on the field at the same time reads: scored 10, conceded one.

When you break down the last 270 minutes they have played alongside one another, Conte’s men have scored exactly three goals per match.

Giroud’s presence is having a fabulous effect on the team.

Looking ahead to Sunday, it remains a long shot for Chelsea to leapfrog Liverpool, who only need a point at home to Brighton & Hove Albion to guarantee a top-four berth.

But if Chelsea are to apply pressure with a victory at Newcastle United, it would make sense to pair Hazard with his productive new team-mate.

Giroud and Hazard is a combination that clicks.