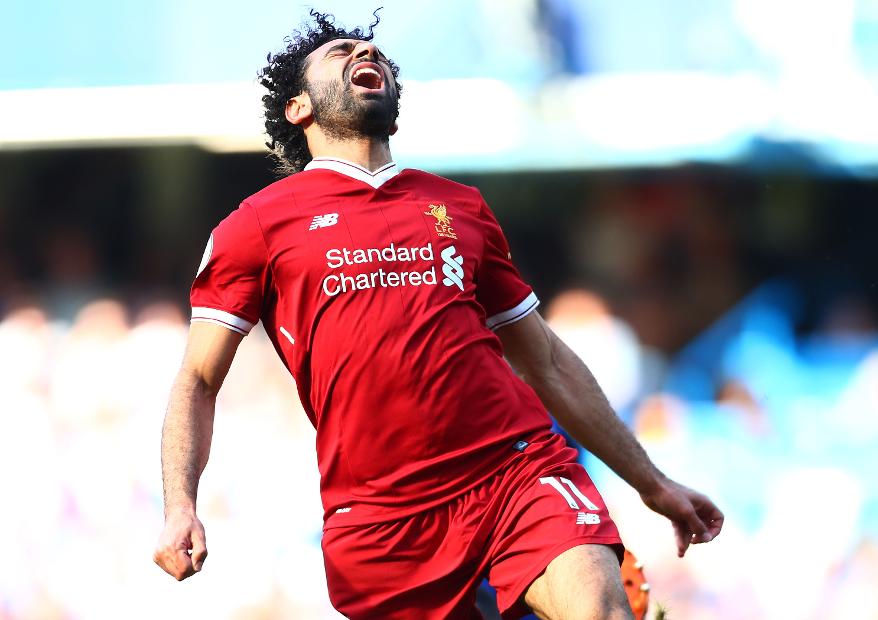 Mohamed Salah has his third and final chance to make Premier League goalscoring history on Sunday, but why has the Liverpool forward struggled in his last two matches?

He has been stuck on a joint-record 31 goals in a 38-match season since he scored at West Bromwich Albion on 21 April.

Picked to start in 11 of Liverpool’s last 12 fixtures, Salah has spent 2,838 minutes on the pitch in total this season, more time than any other Liverpool player in the Premier League.

In his two most recent matches, against Stoke City and Chelsea, there was a physical edge missing from his game that is confirmed by the statistics.

Salah made significantly fewer sprints across each of the matches, covered less ground, and ran at slower average speeds than the rest of the 2017/18 season.

He has been more selective about choosing when to burst into life.

Making fewer dynamic runs off the ball to receive passes, Salah has not been as explosive in possession either.

This has made it easier for defenders to contain him, which is reflected by the downturn in touches he has enjoyed.

The league’s top scorer has also had different team-mates around him during the last two PL matches.

The absence of the injured Alex Oxlade-Chamberlain could certainly be a factor.

Oxlade-Chamberlain’s runs from deep opened up space and opportunities for Salah all season long. Without him, the tempo of Liverpool's attacks have seemed slower.

As well as the one-on-one he surprisingly missed against Stoke, Salah managed seven shots in the match, but four of them were blocked.

This would suggest that Liverpool struggled to stretch their opponents.

Having Trent Alexander-Arnold behind him in an unfamiliar right-midfield berth, plus Joe Gomez (v Stoke) and Nathaniel Clyne (v Chelsea) at right-back instead of Alexander-Arnold, has perhaps affected the fluency of Liverpool’s play down that flank too.

Liverpool’s lean to the left

At Chelsea everything seemed to come through Sadio Mane down the left side, with the Senegal international working with Andrew Robertson and James Milner down that channel.

Mane had four shots and produced three key passes, compared with Salah’s one shot and one key pass.

Working in Salah’s favour on Sunday will be a full week’s rest and the possibility of Jurgen Klopp picking his strongest side as a dress rehearsal for the UEFA Champions League final.

A revitalised Salah and the return of familiar partnerships in the Liverpool side would boost his chances of standing alone in the history books.