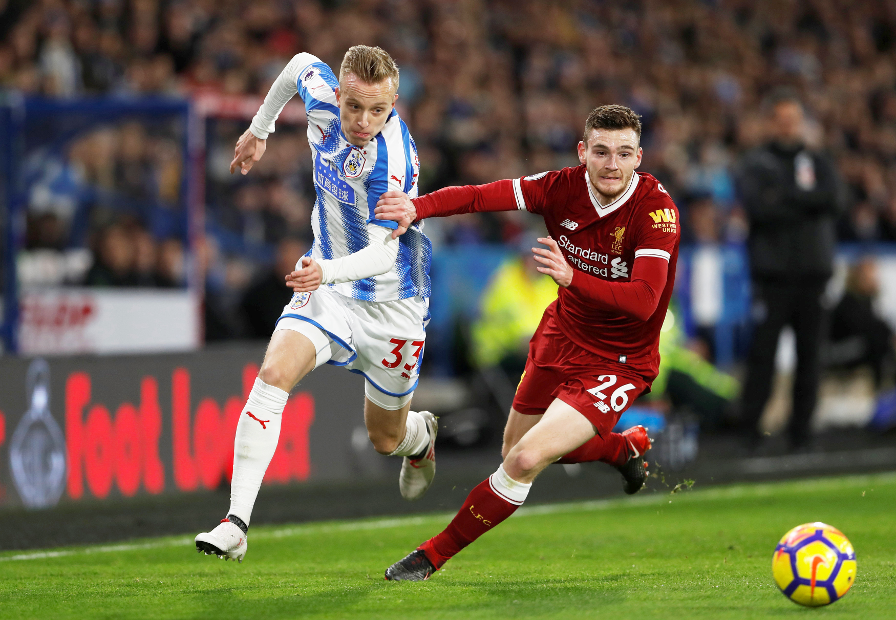 Pritch: We've got to be fearless External Link

Key to Huddersfield Town securing their Premier League status in their remaining four matches will be Florent Hadergjonaj.

The 23-year-old is an underrated attacking right-back, blessed with pace and great crossing ability.

But his speed is not his only attacking strength. Despite starting only 16 Premier League matches, Hadergjonaj's 20 chances created is second only to Aaron Mooy in the Town’s squad.

At Brighton & Hove Albion and at home to Watford, the Swiss sent in 11 crosses in total, mostly from advanced areas, setting up three chances.

Hadergjonaj likes to advance into dangerous positions. This is why 57 of his 83 crosses have been less than 18 yards in distance, a club high.

He is the most reliable wide man available to David Wagner.

Why Terriers need him

His 20.7 per cent accuracy for open-play crosses is second only in the club to the 29.6 per cent of Tom Ince.

His 17 accurate crosses is almost double the nine that fellow full-backs, Terence Kongolo, Scott Malone and Chris Lowe have combined to supply.

His total is also seven more than his rival for the right-back slot, Tommy Smith, even though Hadergjonaj has played 358 fewer minutes.

It took a while for Hadergjonaj to earn a regular spot in the starting XI, but now he is established, you sense he will difficult to dislodge for the run-in.

Huddersfield's two big strikers love to feed off crosses, so his quality line of supply has increased in value.

Town do not create many chances, nor do they deliver that many successful crosses compared with their rivals. For these metrics they rank 19th and 18th respectively in the PL.

So Hadergjonaj’s contributions in the last four matches of the season will be invaluable.

His pace and precision down the wing could serve to prolong the Terriers’ stay in the competition.