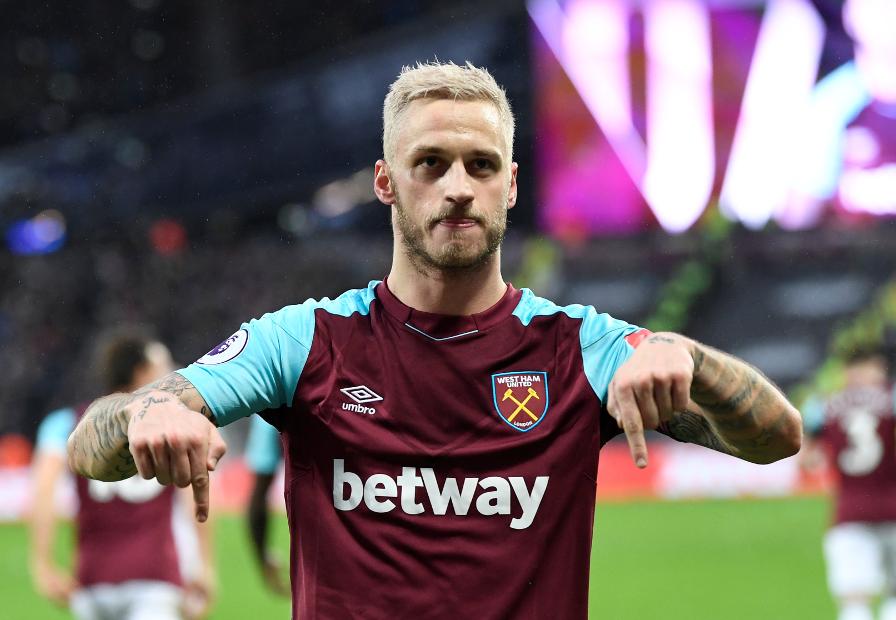 The in-form West Ham United player has no Double Gameweek this week but managers should not overlook him because of it.

One fixture might still be enough to make Arnautovic one of the Gameweek’s top points scorers.

Managers are looking to fill their squads with players from those eight sides, with nine of the 10 most transferred-in players since Saturday’s deadline coming from them.

But Arnautovic should not be ignored.

A man in form

Lining up as West Ham’s central striker since Gameweek 16, he has supplied nine goals and five assists from 14 starts.

And since his return from injury in Gameweek 27, no player can better Arnautovic’s 12 shots on target.

Shots on target since Gameweek 27

Monday's match with Stoke at the London Stadium can maintain the Austrian's hot streak.

Only West Ham have conceded more goals than Stoke's 36 in away matches.

The Hammers also won 3-0 at the bet365 Stadium in the reverse fixture, with Arnautovic on the scoresheet.

Managers investing in, or keeping, Arnautovic also should be aware of the longer term.

He has a Double Gameweek to come, when David Moyes’ side travel to Leicester City and host Manchester United in Gameweek 37.

They will be testing fixtures, but Arnautovic remains the most likely to profit.

Since Gameweek 17 he has been involved in 59 per cent of West Ham’s goals when on the pitch.

Only Salah, with 60 per cent, can better that among FPL midfielders over the same period.

A 16-point return in his previous home match against Southampton demonstrates Arnautovic's potential. That was the top individual score in Gameweek 32.

If he were to punish his former club on Saturday, the player owned by only five per cent of managers would be a game-changer again.