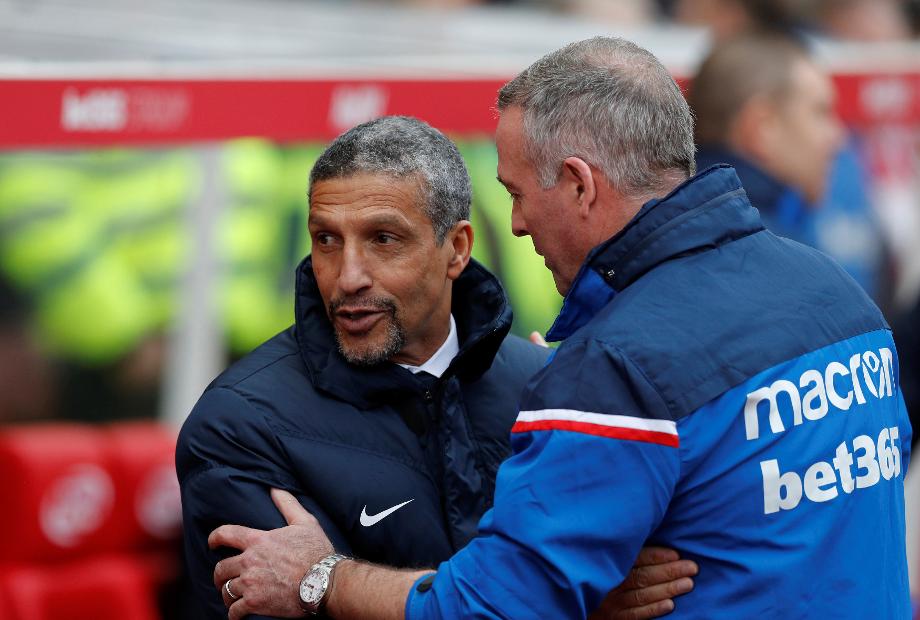 With seven Matchweeks remaining in the battle against relegation, history offers clubs at the bottom hope, while also warning teams up to 12th position that they cannot relax just yet.

In the 22 seasons since the league was cut to 20 teams in 1995/96, on only seven occasions have all of the league's bottom three teams after Matchweek 31 gone down.

It last happened eight seasons ago. Hull City, Burnley and Portsmouth were in the bottom three after 31 matches and stayed there.

No one is safe

History also tells us that no team with 34 points at this stage of the season should yet feel safe.

But Chris Hughton, above, and his Seagulls should be wary of what happened in 2010/11 to Birmingham City, who remain the team with the most points after Matchweek 31 to go down.

Birmingham had 35 points, but thereafter collected only one win and a draw from their remaining seven fixtures to get relegated on the final day.

Were Brighton, or indeed 13th-placed Newcastle United, to go down, it would be a Premier League first.

No team placed 13th or higher after 31 matches have been relegated.

But Hughton knows all too well that his side cannot relax even if they are 12th.

Norwich City, when managed by Hughton in 2013/14, are the team highest placed after 31 matches to go down.

They were seven points clear of the drop zone, in 14th.

But the Canaries were caught by Sunderland, who were 18th at that stage, but had two matches in hand.

Southampton, West Ham United, Swansea City, Newcastle and Brighton will all be hoping to take similar advantage of their extra fixture this season.

How it stands after Matchweek 31

Part 1: Relegation: The fight for safety in focus
Part 2: How many points do you need to stay up?