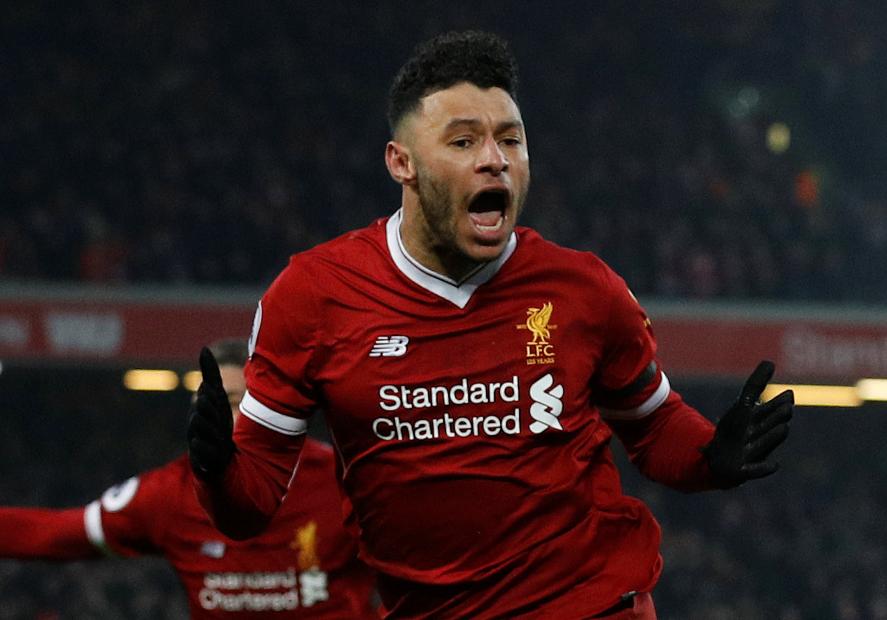 Alex Oxlade-Chamberlain is a man in form ahead of Liverpool’s match at Manchester United on Saturday.

He has scored two goals and created four more in his last eight Premier League starts as an attack-minded driving force from central midfield under Jurgen Klopp.

Travelling quickly with the ball at his feet in central areas, Oxlade-Chamberlain bridges the gap between Liverpool’s midfield and forward line in a similar way to how Philippe Coutinho did.

His goal and assist for Roberto Firmino against Manchester City both came on the back of quick surges.

That is also true of the last two goals he created, both for Mohamed Salah, against West Ham United and Newcastle United.

When Liverpool strike on the counter-attack, or from turnovers, Oxlade-Chamberlain is the ideal player to catch teams out with a dynamic dribble.

Since his move from Arsenal to Anfield, Oxlade-Chamberlain’s decision-making has been more controlled.

He is also creating more chances than at Arsenal, and more than his new team-mates in central midfield.

He boasts 49 touches inside the opposition box, compared with 35 for Emre Can, 34 for Georginio Wijnaldum and 29 for James Milner.

Indeed, as the table below shows, his attacking statistics match some of Liverpool's front three as he acts as the midfielder who most supports the forwards.

After being rested against Porto in Tuesday's UEFA Champions League tie, it looks like he will be trusted to start at Old Trafford, where Liverpool will seek only a third win in 14 matches.

I envisage his running power will test Nemanja Matic, Scott McTominay and Paul Pogba in the United midfield.

His willingness to press in advanced areas will also aid Liverpool’s cause.

Oxlade-Chamberlain has won back possession inside the final third 16 times this season. Only Salah has done so on more occasions (19), and the Egyptian has had many more minutes.

If Liverpool plan to unsettle United with a fierce press and energy in midfield, "the Ox" will be an asset.

His form is such that he can stamp his mark on this pivotal North West derby.