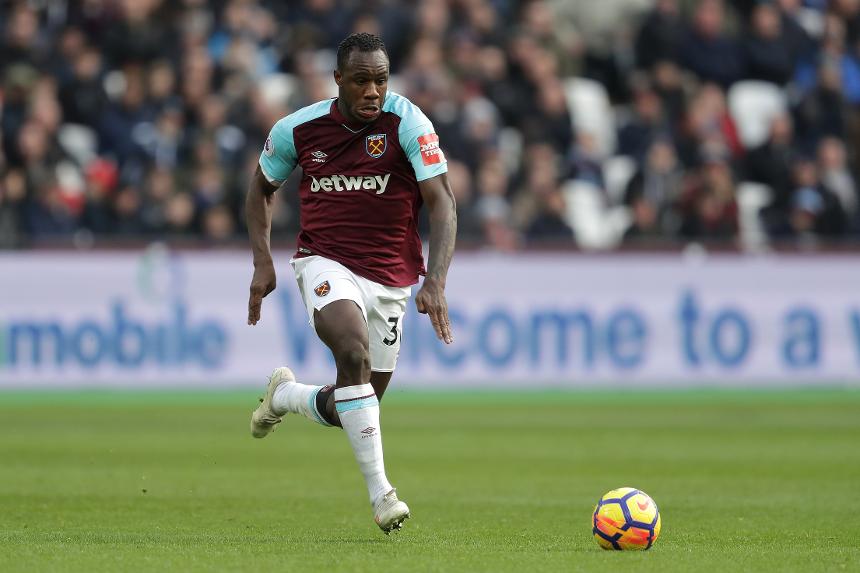 Antonio: It's about time I scored a London Stadium goal to celebrate! External Link

Noble: It’s time for us senior players to stand up and take responsibility External Link

West Ham United go into their home match with Burnley looking to rediscover their form of December and January.

David Moyes's team have won only one of their last six Premier League matches after four wins in the previous seven.

They will host a team who have not conceded two goals or more in 11 of their 14 away matches this season, and never to a team below them in the table. What can Moyes do to turn round their fortunes?

I believe the manager needs to get his team to play with much more forcefulness and speed at London Stadium.

In the continued absence of suspended left wing-back Arthur Masuaku, I feel Moyes should dispense with his 3-4-2-1 formation.

With veterans Patrice Evra and Pablo Zabaleta as wing-backs they have effectively had a back five.

A change of formation will help push all three units - defence, midfield and attack - higher up the pitch.

After scoring in his last two substitute appearances, it feels the right time to recall Michail Antonio to the starting line-up.

Antonio is the quickest player in Moyes’s squad, recording a top speed of 34.8km/h.

He loves to run at defenders, either down the touchlines or through central areas.

I would use him as an orthodox right-winger on Saturday up against Burnley’s fit-again Stephen Ward, who has an average top speed of just 29.5km/h across his last two appearances.

Antonio’s pace and physicality can provide West Ham with a much-needed uplift. I would back him to enjoy success if he can get at Ward one v one.

Up front, there is a case for Moyes to play Marko Arnautovic or Antonio as his principle centre-forward instead of Chicharito.

Arnautovic and Antonio bring pace and power to the forward line.

The Hammers' standout performances in 2017/18 - at home to Chelsea and Arsenal, and away to Stoke City and Huddersfield Town - featured them.

Because of their physical strength, both players can provide a better focal point than Chicharito. They will hold up the ball and bring others into play.

Arnautovic has excelled as a striker and could be just the man to make an impact up front against a Burnley back four who like to stay compact.

From a tactical perspective, West Ham's best chance of success is to adopt an assertive strategy built around pace.

With so many of their defenders out of action, attack will be their best form of defence.

A switch to a 4-2-3-1 formation, with Joao Mario and Antonio out wide and Manuel Lanzini behind Arnautovic in attack, would be a positive change that I believe can reap rewards.

At this stage of the campaign, with the relegation contenders so tightly bunched, three-point hauls are going to make a colossal difference.