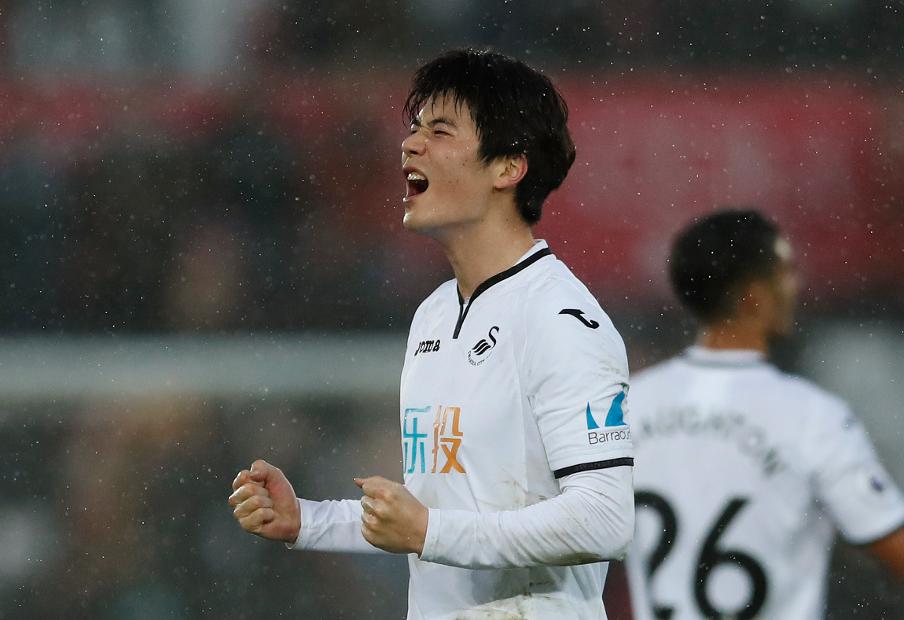 Ahead of Huddersfield Town match, Adrian Clarke looks at how Carlos Carvalhal is getting the best of South Korean

How Carvalhal has reshaped Swansea's season

Midfielder Ki Sung-yueng has quickly earned the trust of his new manager at Swansea City.

Starting the last seven Premier League matches in a row, he is well-suited to the tactical changes made by Carlos Carvalhal.

Ki works hard and plays with discipline, but he is not a natural ball-winner.

This season he has regained possession in the middle third just 36 times, won only eight tackles and made 22 interceptions. Those numbers rank him eighth, 12th and sixth of all Swansea players.

Those aspects of the game are not his forte, and in the past when performing within a 4-3-3 or 4-2-3-1, that lack of aggression at the base of the midfield was an issue for previous Swansea managers who kept him out of the starting XI.

Ki off the leash

But in Carvalhal’s framework, Ki has three central defenders behind him, and two wide midfielders tucked in alongside, so there is less emphasis on him being asked to retrieve possession.

Freed up by this, the 29-year-old has developed the attacking side of his game under the Portuguese, striding forward with far greater regularity and firing many more strikes at the opposition goal.

He has scored from two excellent long-range drives in recent weeks.

Ki’s strengths are his terrific mobility, neat and tidy distribution, excellent delivery from set-pieces and goal threat from midfield.

As well as his aforementioned goals, this term the South Korean boasts a passing accuracy of 89.2 per cent and recently he produced assists from corners against Leicester City and West Ham United.

The way Carvalhal sets Swansea up, you can expect him to use those qualities more and more for the benefit of the team.

Matchweek 30 opponents Huddersfield Town will need to get tight to Ki to prevent him from dictating Saturday's contest.