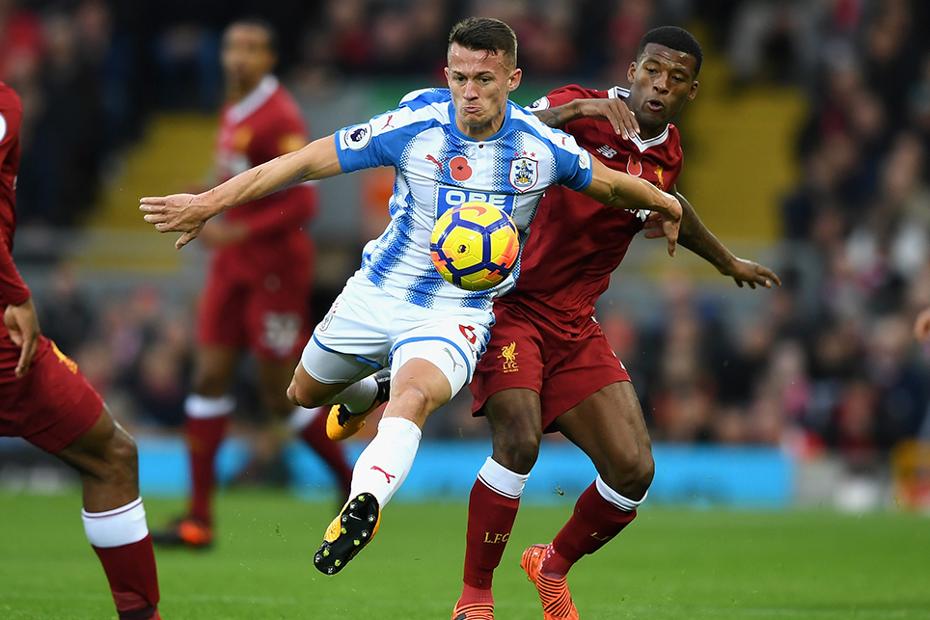 Huddersfield Town must be bolder on the road

Huddersfield Town defensive midfielder Jonathan Hogg does not attract a great deal of attention, but he is a key figure in the heart of the Terriers side.

The 29-year-old is comfortable on the ball and likes to keep things ticking over with mainly short-range passing.

Overall, Hogg boasts an 86 per cent pass accuracy, with just eight per cent of his passes going long.

When Huddersfield Town are out of possession he is just as important to the cause.

Strong in the tackle and a natural ball-winner he has formed a well-balanced partnership with Aaron Mooy inside the middle third.

It is when Town adopt an aggressive outlook that Hogg's strengths come to the fore.

Hogg in PL victories for Town

The midfielder was outstanding in wins against Manchester United, Brighton & Hove Albion and AFC Bournemouth.

He used his physicality to help the Terriers gain a firm foothold in those matches.

If Hogg is able to dominate his opposite numbers in the West Bromwich Albion midfield on Saturday, don’t be surprised if he inspires a third away success of the season.

Part 1: Huddersfield must be bolder on the road
Part 3: Benteke and Sorloth to test Spurs' head for heights
Part 4: Townsend and Cabaye set to take aim against Spurs
Part 5: Man Utd must beware increasingly deadly Hazard