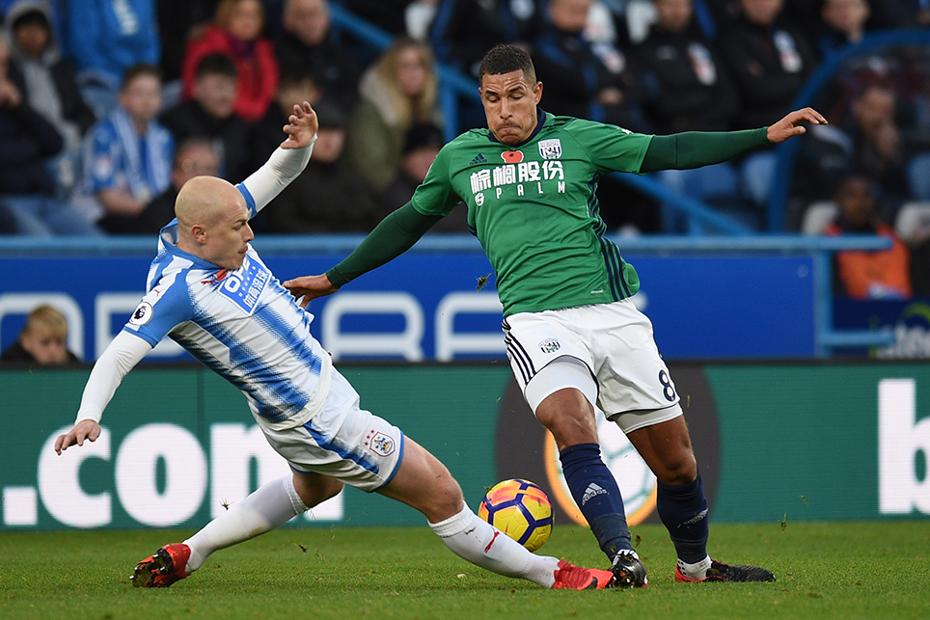 David Wagner has spent most of his debut Premier League campaign searching for a successful away formula for Huddersfield Town.

Town have scored in only three of 13 away matches and have relied heavily on wins at John Smith’s Stadium.

Why? In short, they have been too passive on their travels.

Wagner’s side have focused too much on retaining a solid shape and keeping their discipline. This means they have not posed home sides enough problems going forward.

Going into a vital match at bottom-of-the-table West Bromwich Albion on Saturday a positive rethink is required.

Learning from the good days

While lessons can always be learned from defeats, the cure to Huddersfield Town’s travel sickness lies in trying to replicate what worked in victory this season.

In almost every one of their seven PL wins there has been a marked increase in assertiveness.

Performing at a higher tempo than normal, and with greater aggression, Wagner’s side usually excel when forcing their will on opponents.

This attitude has been seen more often on home turf.

But a forceful approach was also evident during their two away triumphs, at Crystal Palace and Watford.

Flying into extra tackles, winning the lion’s share of 50/50 duels, Wagner’s side are better when they are physical and take the initiative.

Short on pace in forward areas, Huddersfield Town are not an especially effective counter-attacking team.

It makes sense, therefore, to adopt an offensive approach that pushes their midfield closer to their attackers, and further upfield.

This tactic can help improve results away from home and may well prove effective against a West Brom side short on confidence.