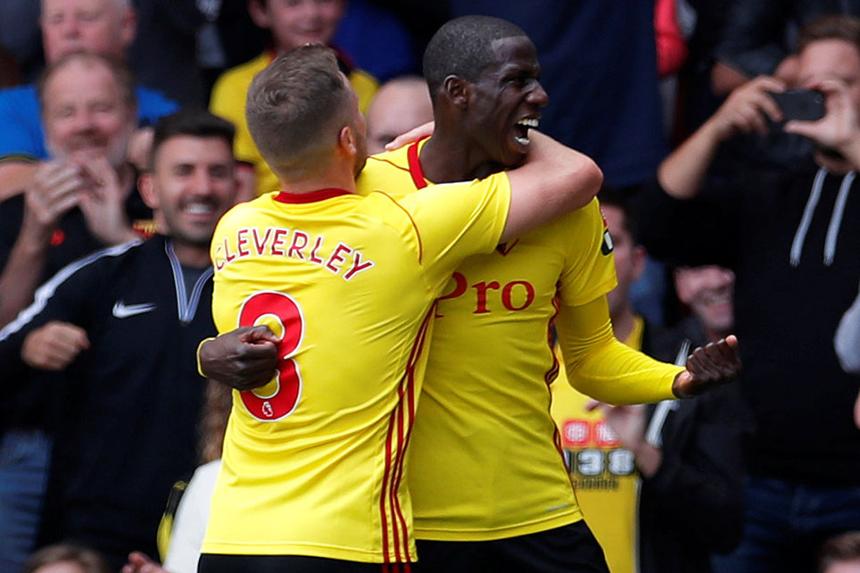 Midweek defeats for Watford and Tottenham Hotspur give the two teams' meeting at Vicarage Road an additional edge this Saturday.

Ahead of a crucial encounter, especially for an out-of-sorts Spurs, Adrian Clarke discusses why Watford may feel confident about winning the midfield battle.

There have been many positives for Watford this season, but the burgeoning partnership between Abdoulaye Doucoure and Tom Cleverley in central midfield must be close to the top of the list.

An injury to Nathaniel Chalobah at home to Manchester City on 16 September forced Marco Silva to use Cleverley slightly deeper alongside Doucoure and the pair have consistently impressed.

With good chemistry, outstanding energy and regular attacking intent, the pair's midfield drive has helped Watford score twice or more in eight of the nine matches that have followed.

Silva encourages both to gamble on breaking into the box whenever play is developing out wide, while the other one holds back.

The Watford head coach has been rewarded with both enjoying a plethora of goalscoring opportunities. Doucoure has three goals in his last 10 appearances.

Compared with the Spurs central midfielders who are most likely to line up against them on Saturday, the Watford duo pose far more of a goal threat.

One surprising aspect of Watford’s 4-2 home defeat by Manchester United on Tuesday night was their 59.4% share of possession.

Under Silva they retain the ball much more comfortably than in the past and Doucoure and Cleverley are integral to the way they pass between the lines.

Distributing the ball with 87.4% and 83.36% accuracy respectively, Doucoure and Cleverley’s combined composure in possession has brought a new dimension to the way the team perform.

Making 166 passes between them against United, they may try to monopolise the ball again on Saturday, especially with Spurs’ midfield playing below par in recent matches.

Doucoure and Cleverley don’t like to play safe either. Cleverley's 261 forward passes and Doucoure's 251 are the most in the Watford side, which is unusual as most teams have defenders at the top of this list.

After Spurs’ 2-1 defeat by Leicester City at King Power Stadium on Tuesday, Mauricio Pochettino bemoaned a downturn in his players’ physicality and competitiveness.

Due to a series of injuries and formation changes the Spurs midfielders have been short on regular game time alongside one another and have struggled to impose themselves on opponents as they did earlier in the campaign.

To win the all-important midfield battle at Vicarage Road the visitors will need to raise their game.

Doucoure and Cleverley do not just cover a lot of ground (23.8km between them per match on average) they are also outstanding at picking up loose balls inside the middle third, turning over possession efficiently.

Indeed both feature in the Premier League’s top 10 in this facet of the game.

The highest-placed Spurs player in this category is Christian Eriksen, who lies 15th with 86 recoveries.

Spurs will start as favourites to beat a Watford side who have looked a little shaky in defence of late. But they will need to compete hard and pass extremely well to gain a stranglehold on midfield.