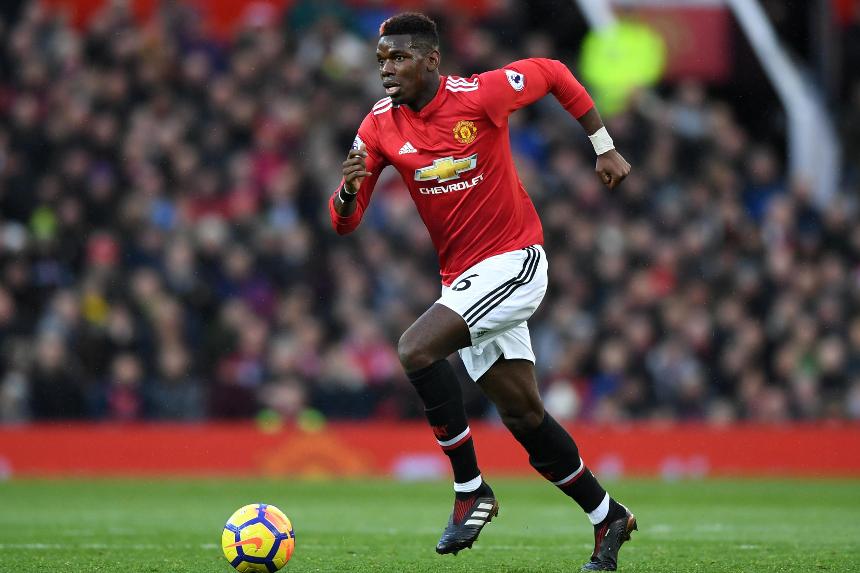 Ahead of United's trip to Arsenal, Adrian Clarke looks at how star midfielder's new approach is helping at both ends

Paul Pogba’s influence on this Manchester United side should not be underestimated.

In the same number of matches that Pogba started United recorded six wins and one draw.

Bringing authority and world-class ability to the midfield, Pogba will be integral to United's chances of success at Arsenal on Saturday.

The 24-year-old returned from a hamstring problem at home to Newcastle United on 18 November, scoring and starring in a 4-1 win.

But over the course of the past three matches it has been the 6ft 3in Frenchman’s athleticism and defensive diligence that have most caught the eye.

Covering a significant amount of extra distance since returning to the side, a refreshed Pogba has made the right side of the pitch his own.

During November he was recovering possession for United almost double the number of times he did during the first four matches of the campaign.

Working harder off the ball, seizing on loose touches or passes, his primary focus has been on staying disciplined for the sake of the team.

As a by-product Pogba has sacrificed some of his attacking impact.

Registering about half as many shots and key passes per 90 minutes compared with in August and September, he has tempered his enthusiasm to push forward.

Performing a fairly rigid role to the right of Nemanja Matic inside the United midfield, Pogba will help to screen the service into Arsenal's Alexis Sanchez on Saturday.

When possession changes hands though, Arsenal would be wise to close Pogba down as quickly as possible.

He is the one player who makes by far the most passes inside the opposition half for United, and is the springboard for most of their best forays forward.

This responsibility and leadership on the ball has transformed the dynamic of the team who have spent long periods attacking down his right channel across the past two fixtures.

The bias towards this section of the field is very much down to the Frenchman’s authority. He is always demanding the ball.

Unlike Mourinho, Arsene Wenger does not ask his central midfielders to each cover one half of the field.

Arsenal’s midfield is instead more fluid, with neither Granit Xhaka nor Aaron Ramsey limited in where they choose to operate

This has tactical pros and cons, but when Mourinho’s men turn possession over it may represent the occasional problem for Arsenal, especially if both their midfielders are stationed close to each other in one section of the pitch.

When this happens watch out for United moving the ball to Pogba immediately and asking him to surge through the central-right area.

Once he gets into the final third with time to pick out a shot or pass, Pogba can provide match-winning quality.

On and off the ball he is almost certain to be a prominent figure.