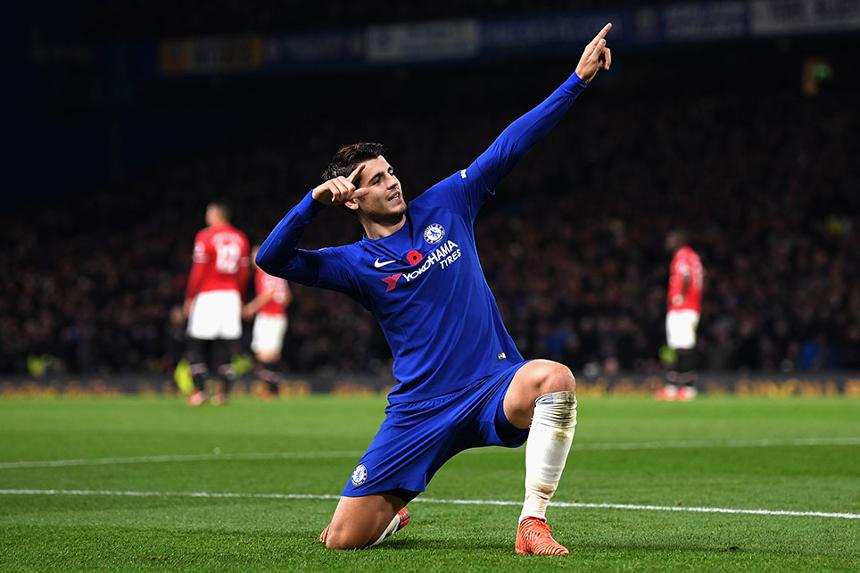 Pinpointing a set of strikers who offer a consistent source of goals is vital to FPL success.

But this can be a balancing act when it comes to the squad budget.

The most prolific strikers are also the most expensive, while also standing out as the strongest captaincy options.

Looking at points per match (ppm) after 11 Gameweeks, the two costliest forward options lead the way.

The Manchester City striker has  eight goals and three assists in eight appearances and is the top-scoring forward on 67 points.

His Gameweek 5 haul of 20 points remains the highest score in a single Gameweek, but his pitch time remains uncertain.

Pep Guardiola continues to alternate Aguero and Gabriel Jesus (£10.5m) and has not started the pair in tandem since Gameweek 5.

The Tottenham Hotspur striker has been a devastating captain at times, returning double-digits on four occasions, more than any forward.

But his form at Wembley Stadium, having scored in one of six fixtures, remains a concern.

Morata on the rise

Alvaro Morata (£10.3m) is mounting a challenge to these top two, after seven goals and three assists in 10 appearances.

The Chelsea forward has enjoyed 13 big chances (opportunities he is expected to score) this season, more than any other player.

When on the pitch, he has been involved in (scored or assisted) 71% of his side's goals.

Romelu Lukaku (£11.5m) is the only forward to have played every minute of the season.

Boasting a 47% ownership, the Manchester United striker remains the most popular player in FPL and has been the No 1 captain option in nine of the first 11 Gameweeks.

The Belgian is the most-sold forward (69,000+) ahead of Gameweek 12, having failed to score in his last four outings, but, like Morata, his prospects are boosted by the fixtures.

Tammy Abraham (£5.9m) is the only cut-price pick among the top points-per-match forwards.

With four goals, one assist and 10 bonus points, the Swansea City star is placed first for points per million (8.1).

Like Morata, he has been involved in 71% of his side's efforts when on the pitch.

Arguably, though, the priority for Fantasy managers should be targeting the most profitable premium-price options.

That is where Morata can be a big factor heading into the crucial festive spell.