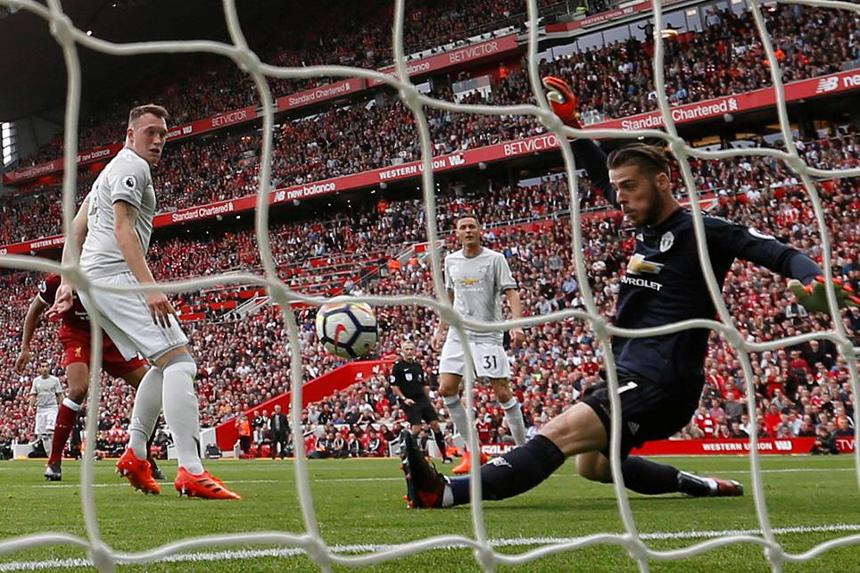 The Scout on why Man Utd's No 1 continues to be the go-to option in goal, despite competition from two budget players

The Manchester United goalkeeper is both the most popular (owned by 40.5%) and the leading points scorer (65) for his position, nine ahead of Jonas Lossl (£4.6m and 56) of Huddersfield Town.

The former has produced 12.2 points per million, ranking him top not only for goalkeepers but across all four positions.

But Pope is perhaps the major threat with an FPL reputation growing at pace.

He has produced 10.0 points per million since replacing the injured Tom Heaton (£4.8m) in Gameweek 4.

He is also making saves and earning points in the Bonus Points System (BPS) at a faster rate than any other goalkeeper, even De Gea, who is providing 11.4 points per million

Why saves are important

Saves could be a factor as the season progresses, especially if Man Utd’s clean sheets begin to dry up.

De Gea has eight shutouts from 11 starts, three more than any other goalkeeper, which means he relies less on saves and bonus points to stay ahead in the standings.

Even so, compared with 2016/17, De Gea has progressed significantly in both these areas.

The Man Utd 'keeper is also accumulating BPS points at his fastest rate ever, earning points every 3.8 minutes this season, easily bettering the rate of 5.4 minutes from 2016/17.

With five bonus points so far, he has matched last season’s tally and is on course to beat his best return of eight, in 2015/16.

But, the quest for value in the goalkeeper position will always cast doubt on De Gea’s credentials.

Indeed, with 26.7% of managers opting for Rob Elliot (£4.2m), and with Julian Speroni (£4.0m) now starting matches, there are two viable low-cost options.

But De Gea is threatening to break the trend of last season, when premium-priced goalkeepers failed to keep pace with cut-price rivals.

He is delivering saves and bonus points, along with a top-ranked clean sheet tally to challenge established FPL thinking.

If that continues, De Gea will remain a dominant force in Fantasy.