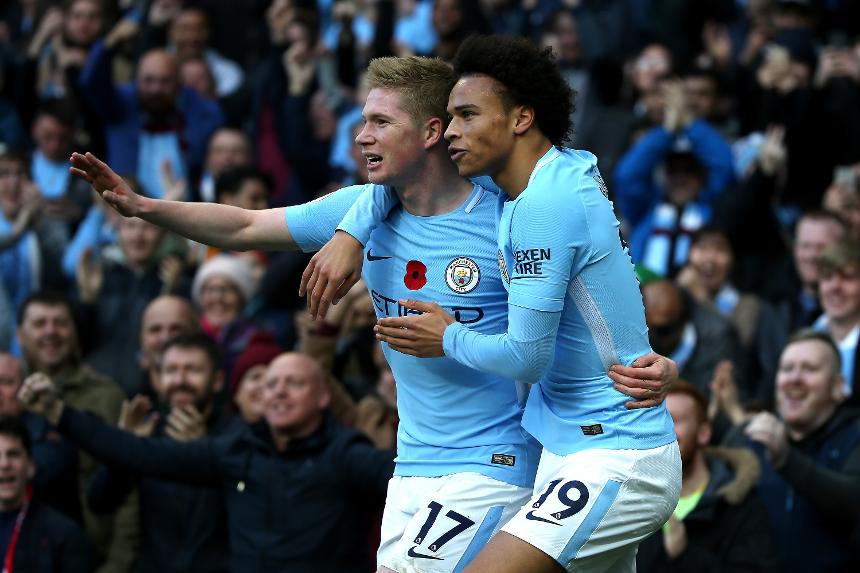 It is impossible to ignore Manchester City's midfield options, since they supply four of the six top-scoring FPL players in this position.

These two also lead the way for ICT Creativity in the ICT Index, while Silva is also ranked first for big chances created (a situation where the player receiving the ball is expected to score) with eight.

Pascal Gross (£5.9m) and Xherdan Shaqiri (£5.9m) have caught the eye lower down the price scale.

With two goals and five assists Gross is also rated top for value: 9.8 points per million.

Shaqiri's influence on the Stoke City attack is growing. He has surpassed his totals of last season for assists (four to two) and big chances created (six to five).

But Leroy Sane (£8.9m) is a point ahead of Salah on 73 after six goals and double-digit scores in four of the last six Gameweeks.

The German is tied with Raheem Sterling (£8.2m) for big chances on seven apiece, after starting 10 of City's last 11 matches in all competitions.

Goals on a budget

There are two cut-price options who catch the eye.

Richarlison (£6.4m) has produced a steady stream of points at Watford, with four goals and four assists. The Brazilian has fired more shots on goal (39) than any other midfielder.

Eric Maxim Choupo-Moting (£5.7m) has profited from being put up front on occasion at Stoke, to be among the top three midfielders for shots (33) and shots inside the penalty area (25).

None of the four is owned by more than 8% of FPL managers, and Hazard is perhaps the current pick of the crop.

Chelsea’s schedule could help him prosper.

Six of their next seven opponents score just two in the Fixture Difficulty Rankings (FDR).

Playing as a No 10 and on penalty kicks, Hazard could yet force FPL managers to look beyond Man City’s all-powerful midfield.