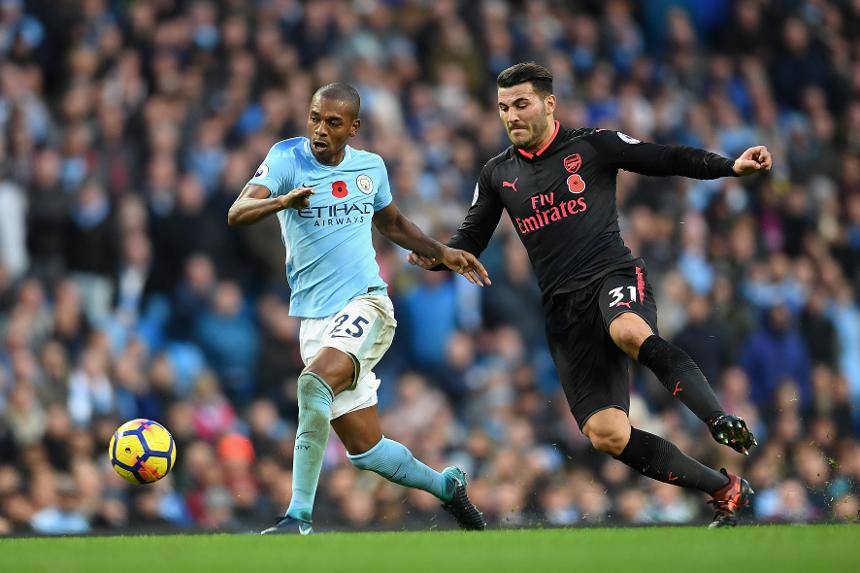 While Pep Guardiola's free-flowing attack takes the plaudits, Adrian Clarke looks at the importance of their unsung hero

Tough-tackling Gomez a star in the making

In the second of a five-part series on players who have made an early mark on the 2017/18 season, Adrian Clarke profiles Manchester City's defensive midfielder.

It took some time for Pep Guardiola to trust Fernandinho to be the fulcrum of his central midfield, but the Brazilian is now the glue that holds the whole Man City team together.

Deployed in a number of positions last term, including at centre-back and full-back, the 32-year-old is now settled as the principal holding midfielder.

In that key role his tireless energy, tenacity, passing range and discipline have helped stabilise the team. With and without the ball they are more secure than in 2016/17.

In essence Fernandinho is the link between City’s defence and a front five who are enjoying a quite spectacular campaign.

Considering he made his name at Shakhtar Donetsk as a dynamic box-to-box midfielder who scored goals, his positional restraint this season has been admirable.

Operating between both penalty boxes, almost exclusively down the central corridor of the pitch, he is somebody who can be relied upon to be in the right place.

Fernandinho’s choice of pass has also become integral to the way Man City keep possession. Not least because he has passed the ball 933 times, the highest number of any Premier League player this season.

Propping up play from deep he likes to keep things simple, but his first thought is almost always to look for attacking midfielders Kevin De Bruyne and David Silva. He has found them with passes 117 and 125 times respectively, and they are his top two recipients.

Most of the time he will have to go from side to side to keep the flow of moves going, but as the stats suggest, he is eager to dissect the lines with a positive ball when it’s on to do so.

Cesc Fabregas is the only midfielder to have made more forward passes this season than Fernandinho in the PL this season.

There are no visible signs of weariness from the 32-year-old either. Regularly covering upwards of 11km per match, his athleticism on the cover is also a key asset for Guardiola.

Ilkay Gundogan is waiting in the wings for a chance to stake his claim for the City holding role, but right now it is hard to see him displacing the experienced Brazil international.

Fernandinho is a vital cog in the league leaders’ well-oiled machine.