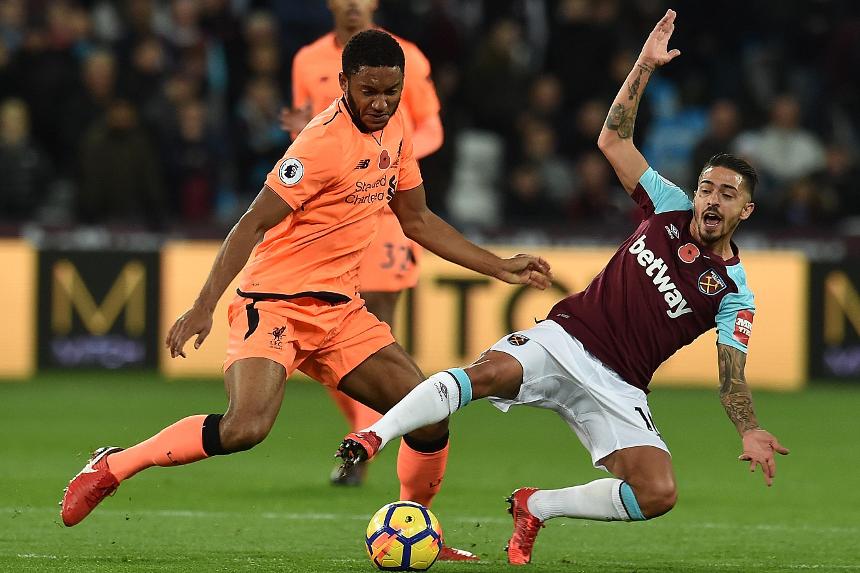 Adrian Clarke starts a five-part series on players who have made an early mark on the 2017/18 season.

Liverpool’s defending has been scrutinised heavily this season, but there has been one shining light within Jurgen Klopp’s rearguard: Joe Gomez.

The 20-year-old is a natural centre-back, but, in Nathaniel Clyne’s absence, he has been asked to fill in at right-back.

In that role the former Charlton Athletic defender has excelled, delivering a series of dependable performances.

His gritty display in the goalless home draw with Manchester United was particularly outstanding.

First and foremost Gomez, who received his first call-up to the senior England squad this week, likes to defend, and I have been particularly impressed by his tackling ability.

Not the type to dive in recklessly, Gomez has superb timing and strength in 50-50 challenges.

Across nine Premier League appearances he has won 19 tackles, losing only three, making him one of the best in this department.

If there were fears that using a central defender in this position would limit Liverpool’s creativity down the right, they have proven groundless.

Gomez is very quick – he registered Liverpool’s top speeds against Tottenham Hotspur and Man Utd – and has good quality on the ball.

Indeed, his deliveries from the wing have been one of the surprise plus points for the Reds this term.

To date he has provided one assist and nine key passes and, of Liverpool players to have completed more than one successful cross, only Philippe Coutinho has a better success rate.

Blessed with sound defensive attributes, physical strength, and excellent technique on the ball, Gomez is a versatile star in the making. It would be no surprise if he goes on to establish himself as a long-term regular in the Liverpool line-up.