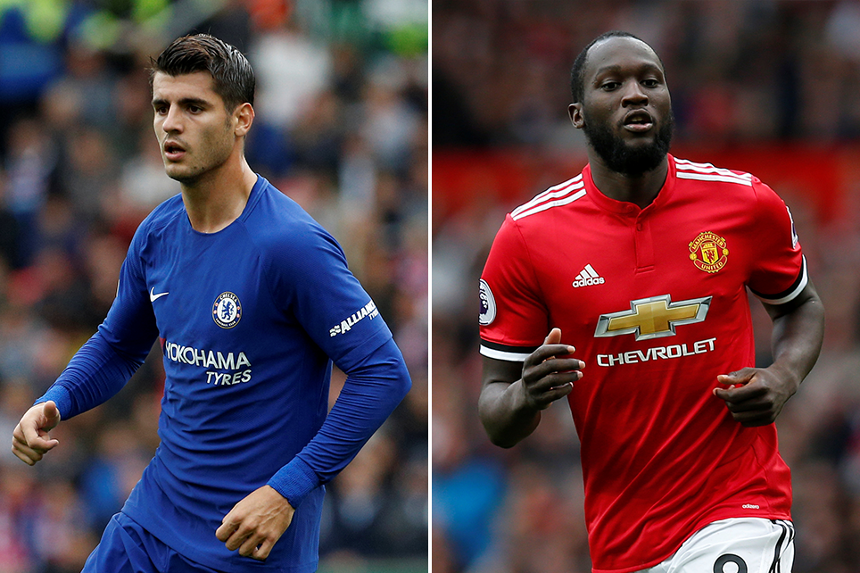 Adrian Clarke explains how they can return to scoring ways at Stamford Bridge.

Statistically, Morata has performed slightly better than Lukaku in a number of ways this season.

The Spaniard has one Premier League goal fewer than Man Utd's leading scorer but has been slightly more ruthless in front of goal.

Of those forwards who have had 10 or more shots, Morata's conversion rate places him fourth in the PL, level with Gabriel Jesus and behind Jamie Vardy, Shinji Okazaki and Raheem Sterling.

The Chelsea forward's minutes-per-goal ratio also outshines that of Lukaku, who has featured for an extra 268 minutes of action.

Until now, Chelsea's primary creators, Eden Hazard, Pedro, Willian and Cesc Fabregas, have linked up reasonably well with Morata in the Premier League, without setting the world alight.

In fact, of those midfielders, Willian is the only Chelsea player to have laid on a PL goal for the signing from Real Madrid. Willian's fabulous right-wing cross was headed in against Burnley in Matchweek 1.

For Chelsea to extract the best from Morata they must work hard on improving the telepathy between their forward players.

Morata's movement is excellent but his team-mates have not always been on the same wavelength.

Indeed, the striker's chief architect of goals has been an unlikely one: Cesar Azpilicueta.

The defender has assisted four of his six goals and, as a pairing, they sit alongside Kieran Trippier/Harry Kane in top spot for the PL's assist-to-goalscorer chart.

Azpilicueta's excellent deliveries have been attacked well by his compatriot, who is dangerous in the air when running in between or behind defenders.

With this in mind, head coach Antonio Conte could deploy Azpilicueta in a more advanced wing-back role on Sunday.

Failing that, if he continues as a right-sided central defender, it will be important for United to track Azpilicueta closely whenever he strides forward into their half.

From deep positions Azpilicueta will look to clip passes over the top for Morata or pick out his head with a cross.

United fans need not worry too much about the lack of recent goals from Lukaku.

While one argument suggests he is suffering a touch of fatigue (he has not missed a minute of PL action to date), the blame for the striker's mini-drought lies primarily with the lack of decent service he has received of late.

Across the first seven matches, when United were a fluid, attacking force, Lukaku registered 31 shots (including blocks) at almost 4.5 a match.

Since then, a defensive display at Anfield, a poor performance at Huddersfield Town, and a close contest at home to Tottenham Hotspur mean he has managed only six efforts in three encounters.

The manner of United's play has left him isolated and, as a consequence, there have been fewer link-ups with the attacking midfielders around him.

Both Lukaku and Morata are top-class centre-forwards enjoying strong campaigns but rely on a decent service to maintain their excellent goal records.

Each will be desperately hoping it is their team who show the greater attacking ambition at Stamford Bridge on Sunday.