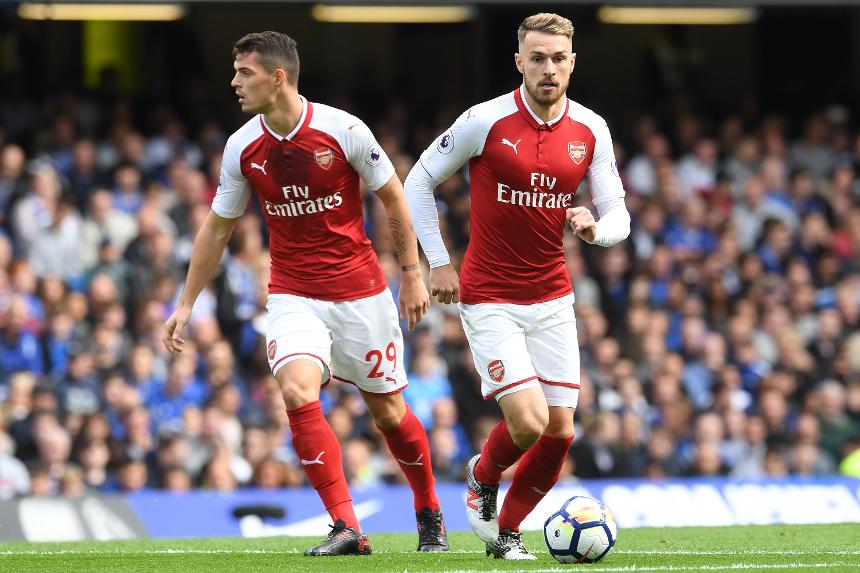 Alexis - Why it's so tough against Kolasinac External Link

Pep: I am honoured to be City boss External Link
Matchweek 11 Essentials

Arsenal are a team accustomed to dominating possession but against Manchester City on Sunday they must adapt to a different type of contest, writes Adrian Clarke.

From the start of the season, Man City have retained the ball with supreme confidence.

Giving it away less than any other Premier League team, despite having the largest share of possession, the leaders are wearing opponents down by relentlessly shifting the ball from side to side and through the lines.

City have made 1,010 more passes than Arsenal this season and they ensure each match against them is a physical examination for their opponents by forcing them to do an enormous amount of chasing.

This forces mistakes from tired opponents. It is no coincidence City boast a remarkable record of 22 goals for and two against in the second half of matches in 2017/18.

To avoid burnout on Sunday, Arsenal will need to look after the ball whenever they have the chance.

They will be pressed hard by a City side who have won the ball back inside the final third 14 times more than any other PL team - Arsenal are the next best.

So high levels of composure will be required of Arsene Wenger's team.

It will be crucial the Arsenal players get their breath back when they are in possession of the ball.

Coping with the artistic brilliance of Kevin De Bruyne and David Silva will be one of the toughest challenges Arsenal face.

Between them the two playmakers are sharing an extra 37 touches per match compared with last season and, as an advanced double pivot, they have been a nightmare for defenders.

They each have six assists, while Silva has created 28 chances to De Bruyne's 30, top of the league along with Arsenal's Mesut Ozil.

To weaken De Bruyne and Silva's influence, Arsenal's central midfield must be very disciplined and resist the urge to break forward as often as they usually wish.

Given Aaron Ramsey's penchant for pushing on into the box, it would not be a surprise if Wenger switched to a three-man midfield.

This will mean sacrificing one of his star attackers, but to help crowd out City's danger men it is a tactical tweak worth considering.

Will they press or sit?

It doesn't get spoken about too often but when Arsenal put their minds to it they are one of the most effective pressing teams in the country.

Will Wenger be prepared to chance this strategy against a team who are incisive in possession as the Premier League leaders?

It's a quandary for the Arsenal manager.

By working hard from the front, his attacking players successfully stemmed the service into Chelsea's midfielders at Stamford Bridge in September and, as we witnessed last season, City can be caught out by over-playing at the back.

My hunch is Wenger will lean towards a more conservative approach.

Pep Guardiola's side have hurt Arsenal on the counter-attack in all their most recent encounters, running into spaces left in behind the defence.

So, with that a factor and Per Mertesacker likely to start, it's probably more sensible for Arsenal to drop deeper and close down inside the middle block.

For Arsenal to pull off an upset they will require exceptional work rate, discipline and positional play. Stamina will also be an issue.

But then when they get the chance to attack, they must also offer a serious threat on the counter, just as they did in this fixture last December.

Then Theo Walcott scored from a full length-of-the-pitch break.

Catching John Stones and Nicolas Otamendi cold with swift and direct counters could be the most likely way to hurt this very impressive City team.

Part 3: Morata v Lukaku: Who will shine at Stamford Bridge?