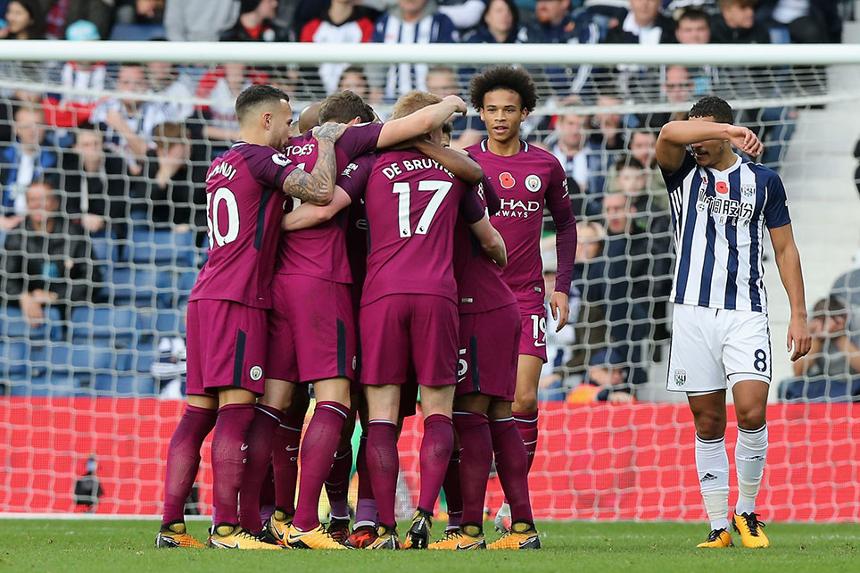 As well as breaking a Premier League record for the best start after 10 matches, Manchester City also set another new standard in their 3-2 defeat of West Bromwich Albion on Saturday.

City’s 844 completed passes at The Hawthorns topped the previous best tally held by Roberto Mancini’s Man City side, against Stoke City in December 2011, by three passes.

Indeed, City appear three times in the top five for completed passes in a match since Opta started recording the data in 2003/04.

Their other entry came this month when they managed 814 passes in their 7-2 win over Stoke on 14 October.

Most completed passes in a match*

"We’re seeing something very, very special," Alan Shearer said on the BBC’s flagship football programme Match of the Day, on Saturday. "They are taking the game to a new level."

As well as setting a club-record 21 matches unbeaten, the victory also took Pep Guardiola’s men to 28 points after the opening 10 matches.

It took Mancini’s team until Matchweek 13 to drop further points (a draw at Liverpool) and Matchweek 12 for Mourinho’s side (a defeat at Manchester United).

This does not bode well for Arsenal, City’s next opponents on Sunday but may give hope to Leicester City and Huddersfield Town, whom City play after that.

[NB: This record was broken in March 2018 by Man City v Chelsea]