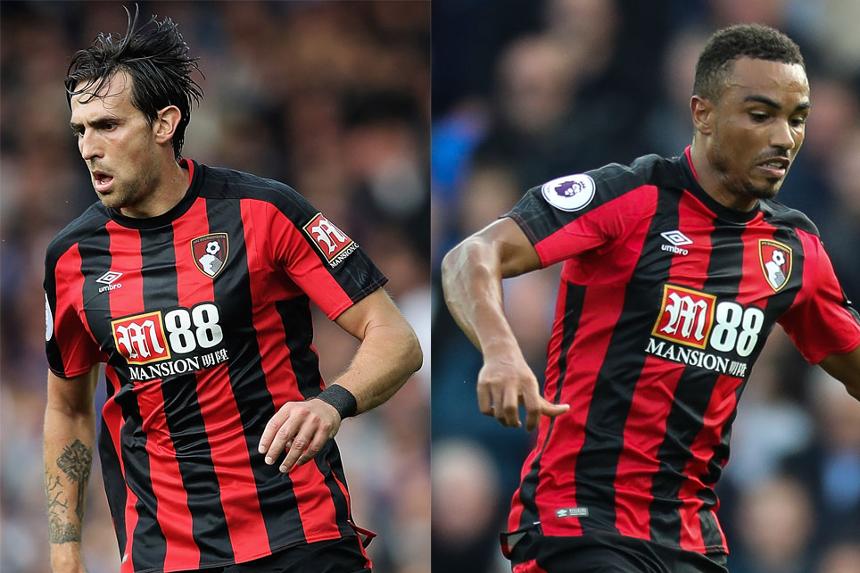 Man Utd's banks of three can silence Spurs
Can Wagner beat Klopp at his own game?

AFC Bournemouth will be looking for a third win of the week when Chelsea visit Vitality Stadium this Saturday. Tactics expert Adrian Clarke sees an area where they can cause the champions problems.

Despite sitting second from bottom in the table, AFC Bournemouth will go into their home meeting with Antonio Conte’s inconsistent Chelsea feeling surprisingly confident.

They backed up a respectable display against Tottenham Hotspur with a fantastic 2-1 success at Stoke City on Saturday, followed by a 3-1 Carabao Cup victory over Middlesbrough on Tuesday.

Their form is on the up.

From a tactical perspective, I wonder if Eddie Howe may target Chelsea's right on Saturday.

Both are fine players but since Moses damaged his hamstring, Wilfried Zaha, Andros Townsend and Richarlison have all given Chelsea problems down that channel.

AFC Bournemouth are perhaps at their strongest down this side too, and lately a partnership between left-back Charlie Daniels and midfielder Junior Stanislas has started to flourish.

The Cherries love to attack down the wings anyway, but in their last two PL matches it has been an especially obvious strategy to direct play towards the left.

Daniels has always been a key man for Howe. He defends proficiently and, when AFC Bournemouth have possession, he is assertive in his attitude.

Happy to charge down the flank with the ball at his feet, he also looks to play a forward pass whenever possible.

The full-back has completed 123 final-third passes so far this season, significantly more than any of his Cherries team-mates.

With Daniels ordinarily hugging the touchline, Stanislas prefers to drift into pockets of space infield. This makes him awkward for defenders to mark.

If no one gets tight to Stanislas on Saturday he will turn and look to run at Chelsea’s defence. But the Blues will also need to be wary of any one-twos he completes with Daniels, who likes to storm down the outside.

Stanislas has only made four starts this term, but the wide man created three chances at Stoke, as well as scoring from the penalty spot.

Meanwhile, Daniels, with nine key passes, leads the way as AFC Bournemouth’s most productive supplier. Together the pair have delivered 63 crosses this campaign.

Creating clear-cut chances has been an issue for Howe’s men.

Crystal Palace and West Bromwich Albion are the only PL teams to have scored fewer goals from open play than AFC Bournemouth’s four.

To lift confidence and their low goal count, the development of this left-sided partnership of Daniels and Stanislas could be the spark Howe’s men need.

And, against a Chelsea side who are not defending especially well, it can be a weapon this weekend.

Part 2: Can Wagner beat Klopp at his own game?