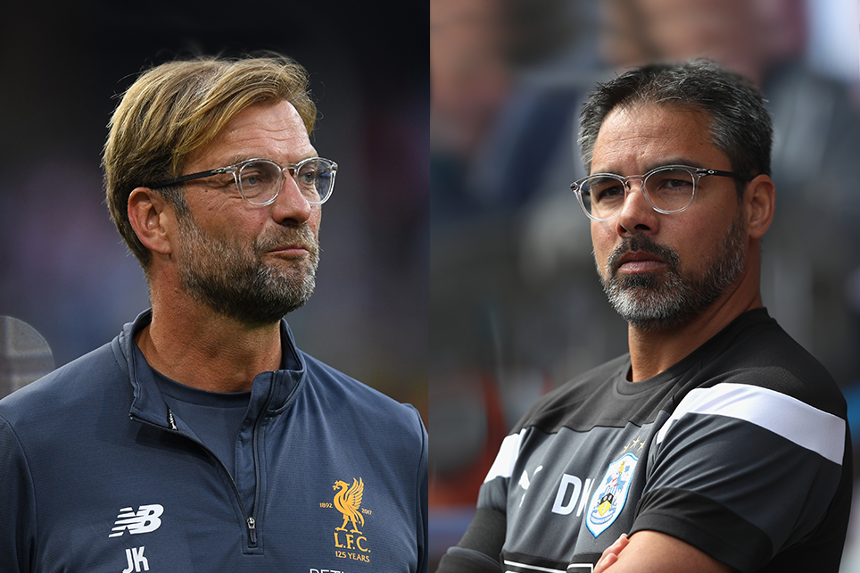 WATCH LIVERPOOL vs TOWN AROUND THE WORLD External Link

The Huddersfield Town head coach played with Klopp at Mainz and worked under him at Borussia Dortmund, and both managers are famous for demanding intense levels of work rate on and off the ball.

But, encouragingly for Wagner's Huddersfield, Liverpool seem to have taken their foot off the gas in 2017/18 when it comes to pressing.

To the naked eye their level of combativeness has tapered off a little compared with Klopp's first couple of seasons in charge.

Liverpool's involvement in the UEFA Champions League has perhaps given them added fatigue and, interestingly, the statistics do tell us the players are not working as hard as they did.

In fact, it is a surprise to note that, in five of their nine Premier League fixtures, Klopp's side covered less distance than their opponents. And they won none of those matches.

Huddersfield Town, although covering almost exactly the same distance in terms of running, have bettered their opponents in seven of nine matches.

Outworking the opposition will be a basic but crucial part of their play if they are to stay up, and so far they have done it very well.

Terriers living up to their name

Ahead of Matchweek 10 no team have made more tackles than Huddersfield's 197. Liverpool trail 40 tackles behind in fourth.

Last season Liverpool finished as the second-most prolific tacklers in the competition and the campaign before that they led the way.

While both managers are noted for their desire to press in high areas, the teams to have turned over possession in the final third the most times in 2017/18 are Manchester City and Leicester City.

Wagner's Terriers are ranked third but Liverpool seem to be in decline in this facet of their play.

Two seasons ago they ranked second, last season fourth, and now lie in fifth for the times they have won possession in the final third.

It feels as though they have eased off.

One of the key battlegrounds at Anfield will be in central midfield, where Jordan Henderson and Aaron Mooy are two influential figures.

Mooy has been in outstanding form in his debut PL campaign.

He is often regarded as Huddersfield's most attack-minded midfielder but the 27-year-old is very much the all-action player, covering large distances in and out of possession.

Like Henderson he will defend with as much determination as he does when piling forward.

While home advantage should tip the balance of this contest in Liverpool's favour, Henderson will need to be on top of his game to get the better of Mooy, who will often be the man in closest proximity to him.

In almost every aspect the Terriers star has outshone his Liverpool counterpart this season.

Part 1: How Man Utd's banks of three can silence Spurs