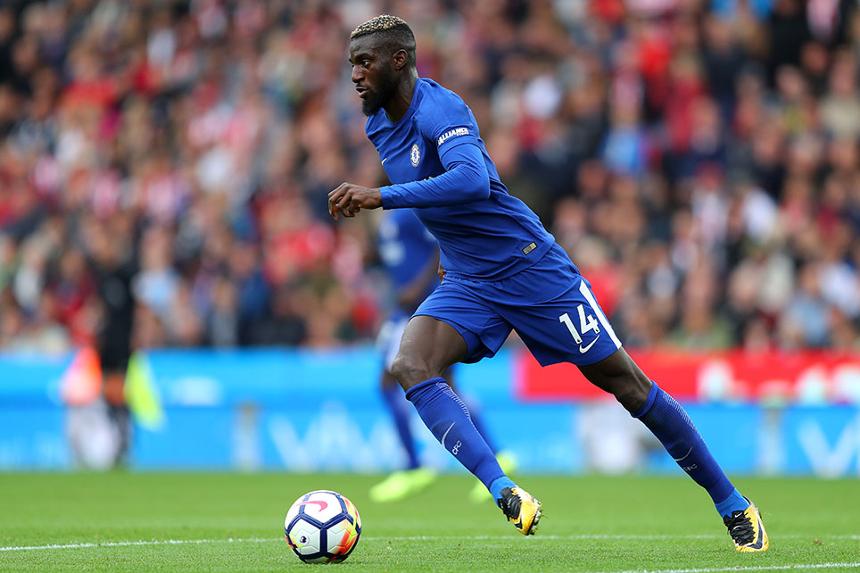 Conference Call: A show of substance if not style External Link
How West Ham can get best out of Chicharito

Tiemoue Bakayoko has a responsibility to ensure Chelsea don’t suffer in the absence of the injured N’Golo Kante.

They are huge boots to fill, but Antonio Conte needs the France international to be at his best to help them recover from two successive Premier League defeats.

The 23-year-old did score for the Blues against Crystal Palace last weekend, but Chelsea struggled to contain the Eagles on counter-attacks, raising question marks over the former Monaco man’s defensive and positional attributes.

That is perhaps a little unfair.

While not as quick across the turf or as astute at reading the game as Kante, Bakayoko does boast supreme power, which he often uses to his advantage.

In contests against Tottenham Hotspur and Leicester City he impressed with his ball-winning skills, and the stats suggest he’s only just behind Kante at winning tackles, interceptions, ball recoveries and turnovers in the middle third.

Chelsea fans will be keeping their fingers crossed that the groin niggle Bakayoko picked up in the 3-3 draw with Roma in the UEFA Champions League on Wednesday does not keep him out of Watford’s visit on Saturday.

If fit, his head-to-head with in-form Abdoulaye Doucoure in the middle of the pitch promises to be a full-blooded battle well worth keeping a close eye on.

The Watford player has developed into a strong all-round performer and their tussle for supremacy in midfield at Stamford Bridge could well hold the key to the outcome.

While Doucoure is more influential on the ball, Bakayoko offers extra in a defensive capacity.

The winner of their heavyweight duel is unlikely to finish on the losing side.

At home, the onus will be on Chelsea to take three points against Watford and Bakayoko is due a top performance before his new fans.

He has only started one PL match at Stamford Bridge – where he was off the pace in the loss to Manchester City – with just two other league appearances from the bench in west London.

Alongside Cesc Fabregas it is essential he imposes himself on Watford and Conte will be hoping he gets the balance right between defence and attack.

Until now he has shown wonderful composure on the ball, but Bakayoko has at times lacked the bravery to make a decisive forward pass. In his last two outings most of his distribution went sideways.

In this important encounter Chelsea will need him to link play with the Blues’ forwards with greater regularity.

If there are concerns over the merits of a Fabregas-Bakayoko partnership, we may see David Luiz, if fit, pushed into central midfield with those two positioned either side in a midfield trio.

Personally, I don’t see why the Bakayoko-Fabregas partnership can’t click.

In this crucial fixture I expect the Frenchman to be handed an opportunity to prove he can stand in for Chelsea’s main man and thrive.

He is a top-class midfielder who can make the difference on Saturday.

Part 1: How West Ham can get best out of Chicharito