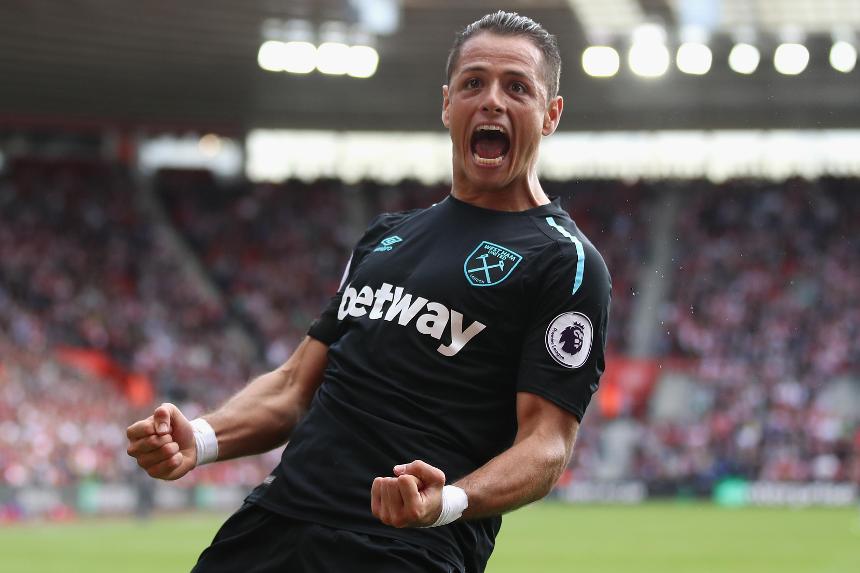 Ahead of Brighton match, Adrian Clarke explains where Hammers can change their play to suit Mexican's strengths

‘Create chances for Chicharito and he will score’ External Link

Noble: Our squad is stronger than ever External Link

Bilic: We are really looking forward with optimism External Link

West Ham United supporters are yet to see the best of summer signing Chicharito, but attempting to do so represents a tactical challenge for Slaven Bilic, writes Adrian Clarke.

Chicharito has scored three goals, but in five of his eight Premier League appearances the centre-forward has failed to register a shot on target.

To date Bilic has seemed unsure of the best way to use Chicharito’s skill set.

Using him as a left-sided forward has not suited the striker at all, and while a “little and large” partnership with Andy Carroll is an exciting prospect, the two matches in which they partnered each other failed to reveal great chemistry.

In each encounter the Mexican was quiet.

Until now Chicharito has looked considerably more dangerous as a lone striker.

Chicharito as a lone striker ...

With Carroll suspended for Friday night’s match at home to Brighton & Hove Albion, Bilic has an opportunity to use Chicharito as leader of his line. But that in itself won’t cure the issues that have prevented him from making a regular impact.

In 2017/18 they have gone longer with their passing than last season.

They are making 35 fewer short passes, and 10 additional passes of length per match.

Whether this is a deliberate tactical shift or caused by a dip in confidence – meaning fluency in possession has been lost – is uncertain, but it is not a strategy that’s likely to aid Chicharito.

The striker is razor-sharp in and around the penalty area and has historically been at his best when running on to early through-balls, or low crosses whipped along the face of goal.

Playing in this more direct fashion hasn’t helped Chicharito or West Ham get enough quality possession inside the final third.

Across the opening eight matches this season they have been inside the attacking zone just 23% of the time.

Only West Bromwich Albion, Swansea City and Brighton are having fewer touches in the final third.

If they shorten up their play and pass through the lines with more regularity, West Ham will be able keep the ball with a little more control on Friday.

That would then provide their best creators, Manuel Lanzini, Michail Antonio and Marko Arnautovic, with more opportunities to carve out quality openings for Chicharito.

Until this point Antonio and Mark Noble (with two) are the only players to have created more than one chance for their new front man.

If they can make these changes against the Seagulls, the prospects of a home win will increase.