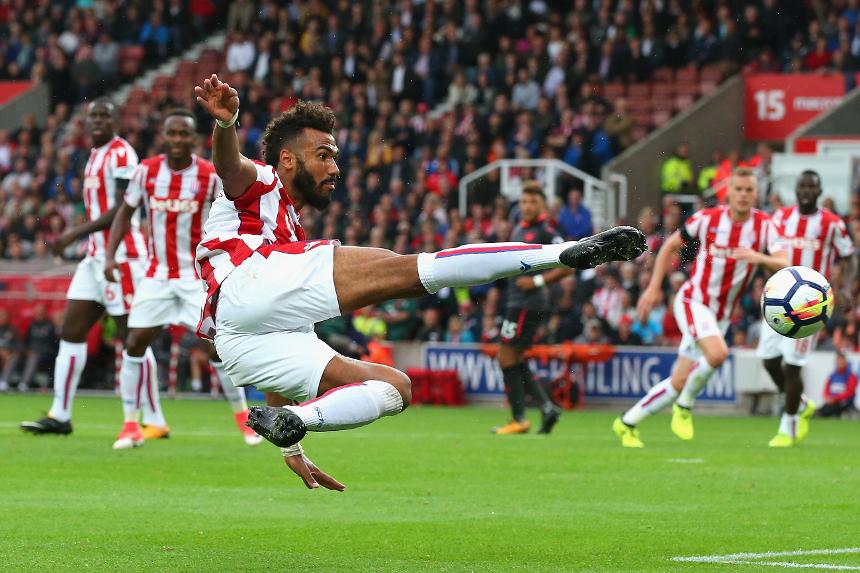 GW9 Ones to watch: Tammy Abraham

The Potters midfielder can provide outstanding value for FPL managers over the remainder of 2017.

That is because Stoke City now enjoy a sustained favourable run of opponents, beginning with Saturday’s visit from AFC Bournemouth.

Choupo-Moting has the opportunity to build his FPL stock having emerged as Stoke's key attacking figure.

The Cameroonian has produced two goals and an assist over the past five Gameweeks.

Versatile enough to be used as a left-sided forward and as a central striker, he has recorded some eye-catching numbers.

At home, he sits joint-top with Mohamed Salah (£9.2m) for total shots (17) and is ranked first for penalty-area shots (13) among FPL midfielders.

Only the Liverpool man has bettered Choupo-Moting for ICT Threat from midfield (416.0 to 382.0).

As well as an eye for goal, he also has the potentual for assist points.

Choupo-Moting has created seven chances, second to Xherdan Shaqiri (£6.0m and 20) for Stoke.

AFC Bournemouth arrive at the bet365 Stadium without a clean sheet on their travels.

Their defence has allowed 24 shots on target; only Liverpool (26) and Crystal Palace (31) have conceded more.

The Cherries are one of four opponents for Stoke over the next five Gameweeks who score only two in the Fixture Difficulty Rankings (FDR).

That run makes this the ideal time to swoop for Choupo-Moting.

With both Sergio Aguero (£11.5m) and Alvaro Morata (£10.2m) returning as options up front, many FPL managers will be seeking a way to free up funds.

But the Potters midfielder is more than a cut-price makeweight. Choupo-Moting has the form and fixtures to become a crucial part of FPL squads.