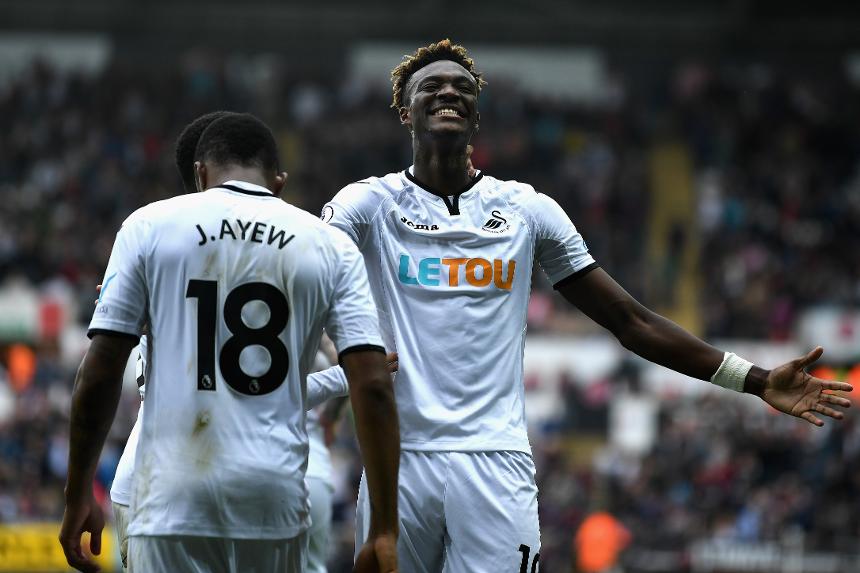 The best value forward in Fantasy has the fixtures to maintain scoring form, even as a rotation option

The Swansea City striker is now one of FPL's hottest properties.

He is the third most popular signing in the game ahead of Friday's 1900 BST deadline, after his two goals against Huddersfield Town.

More than 120,000 managers have brought in the Chelsea loanee, who has scored four goals in the last six Gameweeks.

The Foxes have conceded seven goals in their four away matches and only Burnley (107) have faced more shots on the road (83).

A confident Swansea side will prove a stern test for Michael Appleton, who takes charge of the Foxes following the departure of Craig Shakespeare.

The threat from Abraham will be his big concern.

He has been involved in 80% of Swansea's goals this season, recording 12 shots from inside the penalty area - more than double that of any team-mate.

He handed a first start of the season to Luciano Narsingh (£4.8m) on the right of a front three, with Jordan Ayew (£5.0m) switching to the left.

Abraham thrived in that system and will be eyeing a scoring spree at the Liberty Stadium.

After Leicester (3), Swansea's next four visiting opponents all score two or less in the Fixture Difficulty Rankings (FDR).

But forthcoming trips to Arsenal, Burnley and Chelsea appear more daunting, suggesting that FPL managers should perhaps consider a rotation policy with Abraham.

Given his price tag, the forward can be benched for those away fixtures, with formations changing to accommodate a cut-price midfielder or defender.

For example, Burnley's Stephen Ward (£4.6m) can rotate with Abraham to offer a run of five consecutive home matches.

With 6.8 points per million, Abraham is the top value forward in the game with the home fixtures to go on delivering points.

He presents an opportunity for managers to free up valuable funds and, as part of only 8.6% of squads, can also prove an effective differential.

How to rotate Abraham and Ward