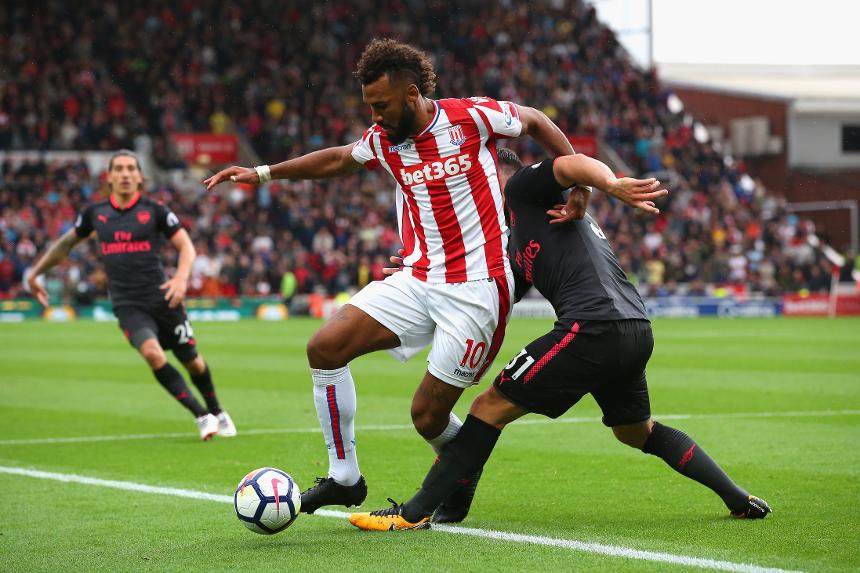 Adrian Clarke analyses how Mark Hughes's team can upset the odds at Man City, and not for the first time

Mark Hughes is a manager who relishes the opportunity to claim big-name scalps and he takes his Stoke City side to Manchester City on Saturday in search of another, writes Adrian Clarke.

Stoke battled to a 0-0 draw at the Etihad Stadium on their last visit there in March, and on the back of excellent performances at home to Arsenal and Manchester United this season, they will feel capable of upsetting the odds again.

So what's their best chance of halting the unbeaten Man City? It has to be a focus on positivity, work-rate and aggression.

When Stoke set about difficult challenges like this with a combative mindset, they tend to ruffle feathers and achieve better results.

Against Chelsea, when they were without too many first-choice defensive players, they comprehensively lost the physical battle. They were outworked and outplayed by the champions.

But that didn't happen against Arsenal or Man Utd.

Although goalkeeper Jack Butland was called upon to make some vital saves, there was a better tempo and a fierce determination to win their tackles and duels in those matches.

Together from back to front they worked incredibly hard to limit their opponents' rhythm.

Their industrious and confrontational style was effective.

While you can make a case for Hughes' switch to a back three aiding Stoke's defensive stability in matches like this, I'd suggest the influence of two new attacking players has made just as big a difference.

Eric Maxim Choupo-Moting, pictured top, and Jese were both hugely prominent against Arsenal and United, offering great outlets for the defence and midfield to relieve pressure.

On the counter-attack they took the fight to both those teams with a series of driving runs and positive ball carries.

Playing fearlessly, using their strength and skill to good effect, they posed a genuine goal threat that made both opponents edgy at the back.

While Stoke will likely have the minority of possession, and inevitably come under serious pressure, they need the likes of Choupo-Moting, Jese and Xherdan Shaqiri to threaten on the turnover.

Sitting deep and holding out for 90 minutes is a big ask, so it's vital they help the team get up the pitch and give their defenders a breather.

Should a very attack-minded Man City side leave holes at the back, it's then down to Stoke's front men to capitalise, and I’d suggest the wide channels in behind the full-backs are a possible avenue for success.

The key ingredient for Stoke in this fixture is assertiveness. Playing a passive, cagey game is unlikely to be enough to halt the leaders' progress.