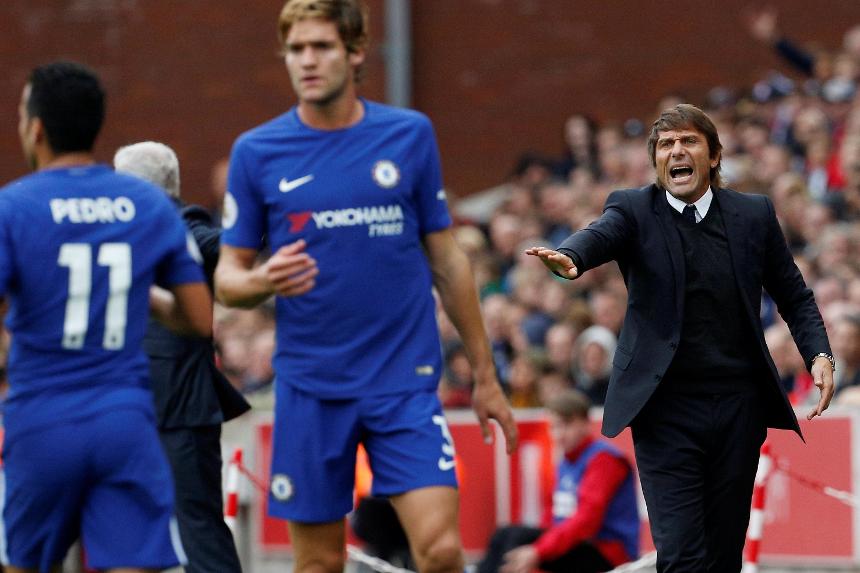 Adrian Clarke is analysing three teams' starts to the season, and what they are doing right and wrong.

En route to the 2016/17 Premier League title Chelsea displayed many fine qualities, but it was continuity that ultimately made them champions.

With no midweek European matches, the names on Antonio Conte’s teamsheet were almost as consistent as their excellent performances.

This season that flow has been lost.

Injuries, suspensions and a desire to rotate players for different competitions are all factors that have disrupted cohesion at Stamford Bridge.

As a by-product of this, the Blues have dropped a surprising number of points.

Incorporating the two systems used by Conte so far this season (3-4-2-1 and 3-5-1-1) below is a breakdown of who has started where, and how often, across the first seven Matchweeks.

It shows that only two outfield players, N'Golo Kante and Marcos Alonso, have appeared in all seven Premier League matches in the same position.

This high level of changeability would impact negatively on most teams, and it explains, at least in part, why Chelsea’s performances have been hit and miss.

Defensively I feel there have been too many changes.

Familiarity helped forge strong partnerships within Conte’s rearguard last term, but that has been sacrificed by frequent alterations in personnel and positioning.

In central midfield the configuration has also been tweaked from one match to the next, while in front, Willian, Pedro and Eden Hazard haven’t yet had the opportunity build up a head of steam.

Chelsea’s fluency on the ball and ability to shut down the opposition has been adversely affected - and the statistics prove it.

Across the board Conte’s men have not been as powerful in attack, or as secure at the back as they were in the title-winning campaign.

And interestingly, perhaps due to their added UEFA Champions League commitments, Chelsea’s players haven’t run as far, or as hard this season either.

Therefore, fatigue may be playing a part in their erratic form.

Tactically, my main observation is that Conte has been more cautious this term.

While his use of a 3-5-1-1 achieved fabulous results against Tottenham Hotspur and Atletico Madrid, he perhaps abandoned too much attacking flair at home to Manchester City, deploying Cesar Azpilicueta instead of Victor Moses at wing-back, and only Hazard in support of Alvaro Morata.

At home to Arsenal there was also a lack of attacking ambition and zest.

Based on performances so far, Chelsea look most comfortable and balanced in a 3-4-2-1 that mixes five defensive players with a quintet of offensive talents.

Conte’s approach is not in need of a dramatic rethink.

The key now is for the head coach to decide what his best XI is, and to give that side time to develop and breathe.