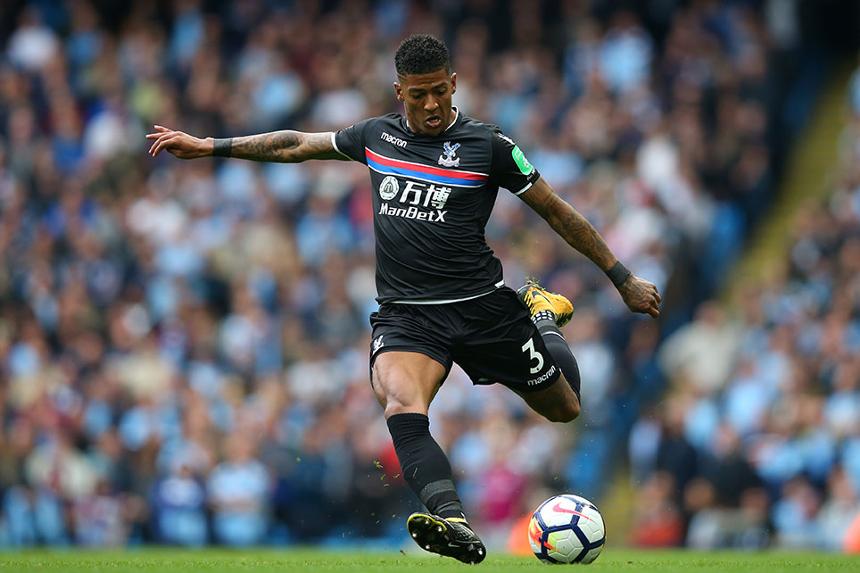 A disastrous start to the season has left new manager Roy Hodgson with a number of problems to solve on the Crystal Palace training ground.

However, ahead of their home match against Chelsea this weekend I suspect he will be focusing plenty of attention on the duties of his full-backs.

While none of the Eagles players have particularly shone so far in 2017/18, improvements can be made from front to back.

The south Londoners have looked especially vulnerable when defending out wide. Making too many poor decisions and failing to get their full-back positioning correct, several opponents have seized on this area to score goals.

Eight of Palace's last nine concessions have had a similar feel

As shown in the chalkboard above the last two matches have exposed serious flaws, with their right flank targeted.

Looking at the goals, Ward was beaten in a 1v1 on the outside by Marcus Rashford at Old Trafford, before the youngster delivered a smart cutback for Juan Mata's early opener.

Later on in the same contest Anthony Martial ran in behind Ward to cross for Romelu Lukaku to score.

At Manchester City during a 5-0 defeat, right-back Fosu-Mensah was undone by a one-two, where Leroy Sane ran in behind him for the first goal.

And in the second half of the same contest, Sane found enough room to curl a lovely cross over the young full-back for Raheem Sterling to dispatch.

It would be wrong to pin the blame for those painful defeats solely at the door of the right-backs, for Patrick van Aanholt, at left-back, has also been exposed.

The adventurous Dutchman was caught out of position high upfield for Lukaku's late strike, leaving himself too much to do to get goal-side when the cross was sent to the far post. He was 20 yards short of United's leading scorer at the moment he netted.

At City, Van Aanholt also found himself on the wrong side of Sterling when Sane crossed for him to score. With his starting position too advanced, he had no chance to recover from a turnover or counter.

There are also question marks over the Palace man's covering at the far post.

In the Etihad encounter Sergio Aguero snuck in behind him to nod a header down for Sterling to score, and by tucking in too far against United, he was also powerless to prevent Marouane Fellaini bundling in Ashley Young's centre.

Wide men must get tighter

In both of their last two Premier League outings when the back four have tucked in to become extra narrow and compact, Andros Townsend has found himself in the right-back slot.

Once there he stood too far off his opponents.

By failing to block crosses, Townsend afforded both Young and Sane the space to whip deliveries past him without a block. From those balls into the area, Fellaini and Aguero both scored.

Hodgson has his hands full improving all aspects of Palace's play but the way they defend the flanks against the reigning champions on Saturday is a matter of high priority.

One of the main tasks in hand will be to restrict the influence of Chelsea's flying wing-backs.

Marcos Alonso and Victor Moses are so often the source of goal opportunities and must not be allowed to run amok.

Palace should also be wary of leaving space for the Blues' attacking midfielders to dart into wide channels behind the full-backs. If they do, the Eagles will be punished.

Eleven of the 17 goals Palace have shipped so far in 2017/18 have stemmed from crosses, with nine of those from open play.

If these issues aren't addressed Chelsea will also exploit the space down the sides.