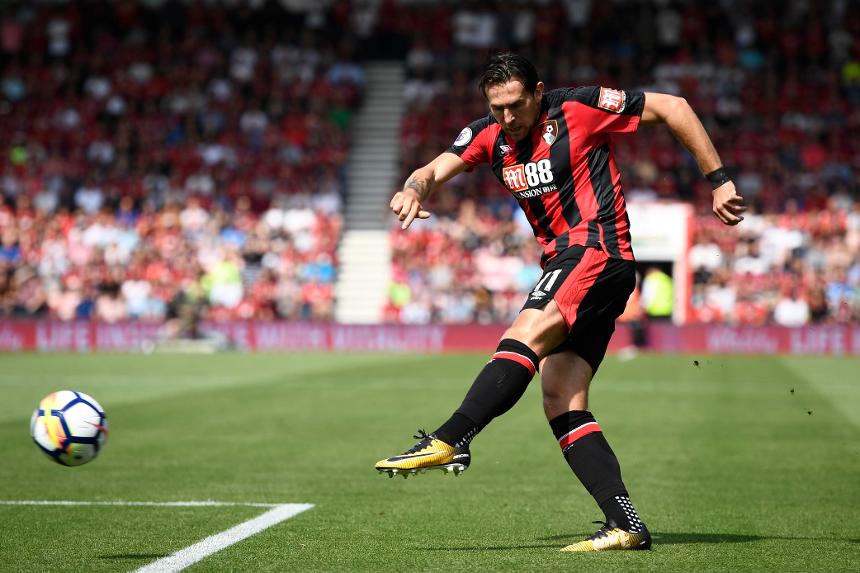 A home fixture with Leicester City offers another opportunity for Charlie Daniels to showcase his attacking talents.

Formerly a winger, the AFC Bournemouth left-back has already recorded a goal and an assist this season and his Gameweek 7 match-up is hugely promising.

Only Crystal Palace and West Ham United have conceded more goals than Leicester (12).

Significantly, Craig Shakespeare’s side have shown a weakness down their right flank, conceding more crosses (84) from there than any other team.

They also rank joint-first for the most chances conceded (33) down the right of the defence.

That could be exploited by Eddie Howe’s team, who often rely on their left-sided players to open up opponents.

A total of 41.2% of their chances have been created from their left, compared with 26.5% from the right.

AFC Bournemouth also rank top for crosses from the left, with 66% of AFC Bournemouth's 42 crosses in home matches supplied from there.

Daniels is clearly a key factor behind these statistics.

He has created four chances, ranking second only to Jordon Ibe (£4.9m), with five.

At home, Daniels is top for touches and passes received in both the opposition’s half and the final third for the Cherries.

His threat to opponents is also known to increase at Vitality Stadium: Daniels created 19 chances at home last season, compared with nine away.

Having lost 314,000+ owners since Gameweek 1, Daniels looks primed to return to the FPL radar over that spell.

Big points in Gameweek 7 would start the revival.