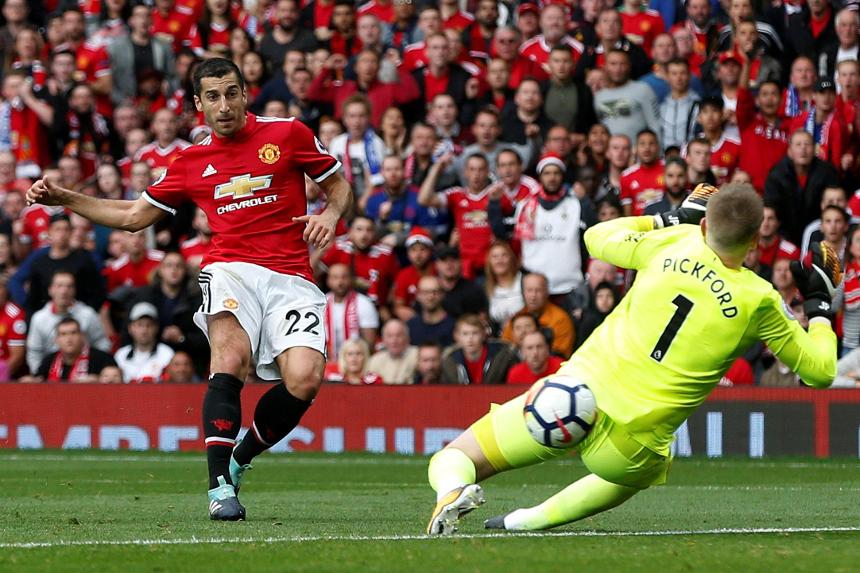 Fantasy managers are losing faith in Man Utd midfielder, but The Scout says getting rid is a bad idea

GW7 Ones to watch: Charlie Daniels

If Crystal Palace are to nullify the threat posed by six-goal Romelu Lukaku (£11.7m) on Saturday, they will first need to shackle Mkhitaryan.

The Armenian is now established as Manchester United’s creative force.

His early season form has been profitable for FPL managers, particularly at Old Trafford.

That equals even Lukaku’s points output.

The playmaker’s underlying statistics are outstanding.

He has created 19 chances, including five big chances, ranking second for both among midfielders.

Mkhitaryan will now look to punish an out-of-form Palace.

Manager Roy Hodgson will also be without on-loan defender Timothy Fosu-Mensah (£4.5m), who is ineligible to face his parent club.

In only his third match in charge, Hodgson must now devise a plan to silence a buoyant Man Utd attack.

Jose Mourinho’s men have scored 17 goals and created 2.5 big chances per match, up from an average of 1.6 last term.

Mkhitaryan produced only four goals and one assist in his debut season and the Armenian's improvement has been key to Man Utd's upturn.

The Red Devils have created 41.3% of their chances from central areas, compared with 30.4% last season.

That can be attributed to Mkhitaryan in the No 10 role.

But, surprisingly, he is set to go into Gameweek 7 suffering a first loss in FPL ownership.

He failed to supply a goal or an assist for just the second time in six Gameweeks in the win at Southampton.

As a result, 51,000+ managers have swapped Mkhitaryan out of their squads.

They may regret that loss of faith come Saturday.

He has standout form as part of a confident Man Utd attack, up against an Eagles side who have suffered six defeats without scoring.

That is a recipe for another Old Trafford points return in a blossoming second season for Mkhitaryan.