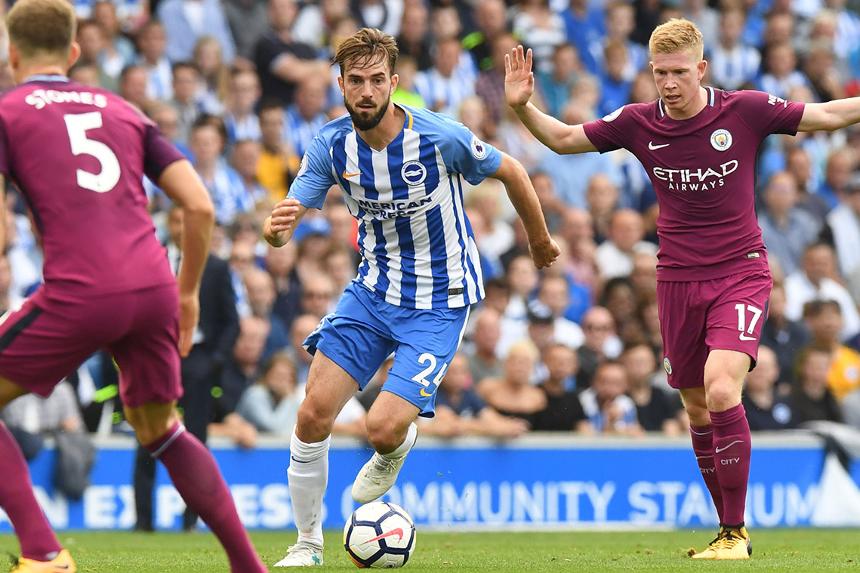 Adrian Clarke analyses what Seagulls must do to improve on their four goals this season, starting against Newcastle

Brighton & Hove Albion have got off to a steady start in the Premier League, conceding no more than two goals in any one match.

But, to earn the points to stay up, the Seagulls must score more and Adrian Clarke looks at how they can do this, starting with Newcastle United on Sunday.

Brighton's lack attacking threat is down to a number of factors, but you can start by looking how they struggle getting more bodies into the opposition's 18-yard box.

In their previous appearance at the Amex Stadium, against West Bromwich Albion, Chris Hughton’s men scored from two of only three touches they had inside the visitors’ area.

Studying their performances so far, Brighton would benefit from wingers Solly March and Anthony Knockaert driving infield to support the lone front man with greater regularity.

They have quality inside the final third, but in the last three matches those wide men have mustered only 10 touches between them inside the opposing team’s box.

Playing a cautious brand of football, the south coast side have also been reluctant to let their central midfielders break forward.

The two sitting midfielders, Dale Stephens and Davy Propper (pictured top), rarely make runs into the final third, and in terms of creativity they rank seventh and eighth for Brighton when it comes to passes into the penalty area.

While Pascal Gross has enjoyed some moments of high quality, the summer signing does not make enough effort to affect the game deep in rivals' territory.

It would be worth them all taking a chance a little more often, for the side is light on numbers inside the danger zone.

It is too easy for defenders to prevent the striker from receiving a cross or a pass when he is often the sole target.

A team will always have a greater chance of scoring when they push extra men into the area.

Another reason why runs from deep are so crucial to the Seagulls is their lack of pace up front.

This means Albion find it harder than most to stretch teams in behind.

Getting players into areas that pull opposing defenders around has not been easy, with many of their efforts on goal stemming from set-pieces or long range.

A league-high 52% of Brighton’s efforts have been struck from outside the area, and they also boast the lowest percentage of shots between the six-yard to 18-yard zone (38%).

While that will need to be done sensibly, so as not to leave themselves exposed at the back, it will increase their prospects of creating clear-cut chances.

To beat an in-form Newcastle side at home this weekend, a few more attacking risks will need to be taken.