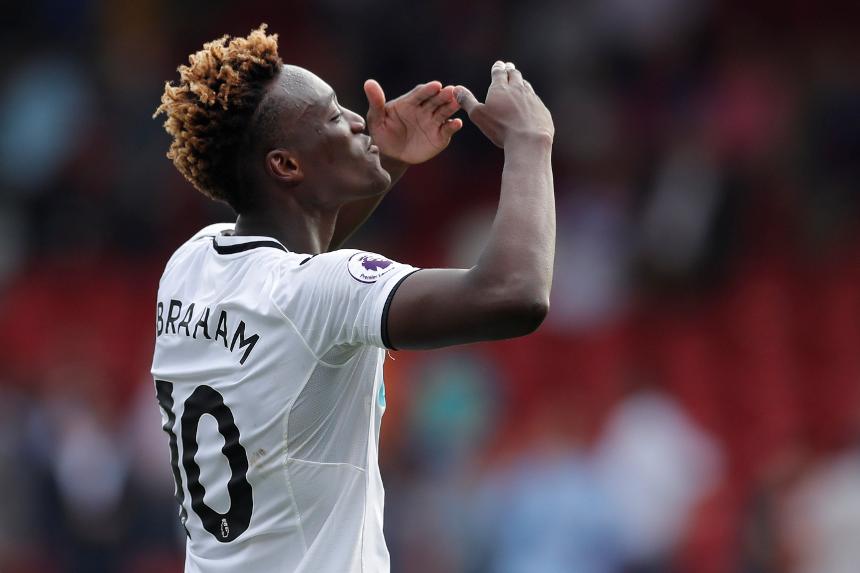 Need some FPL inspiration for Gameweek 4? The Scout reveals the first of five players for managers to consider

GW4 Ones to watch: Marcos Alonso

The Scout selects the first of five Fantasy Premier League players set for a big impact in Gameweek 4.

Abraham could emerge as a huge FPL bargain after scoring his first goal of the season in the Gameweek 3 victory at Crystal Palace.

The striker has been Swansea City's standout Fantasy performer since signing on loan from Chelsea.

He has produced more shots (six) and shots in the penalty area (five) than any team-mate, ahead of the home encounter with Newcastle United on Sunday.

Abraham scored 23 goals in the Championship last season and provided a goal and an assist for England Under-21s on Tuesday.

More than 53,000 FPL managers transferred in the forward following his Gameweek 3 strike at Selhurst Park.

But he is still found in only 3.2% of FPL squads. He could become a major differential in the coming weeks.

We expect a confident Abraham to retain his starting role, perhaps alongside the Ivorian.

Meanwhile, the signing of midfielder Renato Sanches (£5.0m) could improve the service to the strikers.

Abraham’s modest £5.5m price tag is a big factor to consider, allowing funds to be released for investment elsewhere.

Sunday's meeting with Newcastle is the first of nine matches over the next 13 Gameweeks that score two or less in the Fixture Difficulty Rankings (FDR).

A big score in Gameweek 4 would surely trigger huge interest in the cut-price Abraham.

And with a promising schedule to come, including four of the next six matches at the Liberty Stadium, his FPL status could be set to soar.