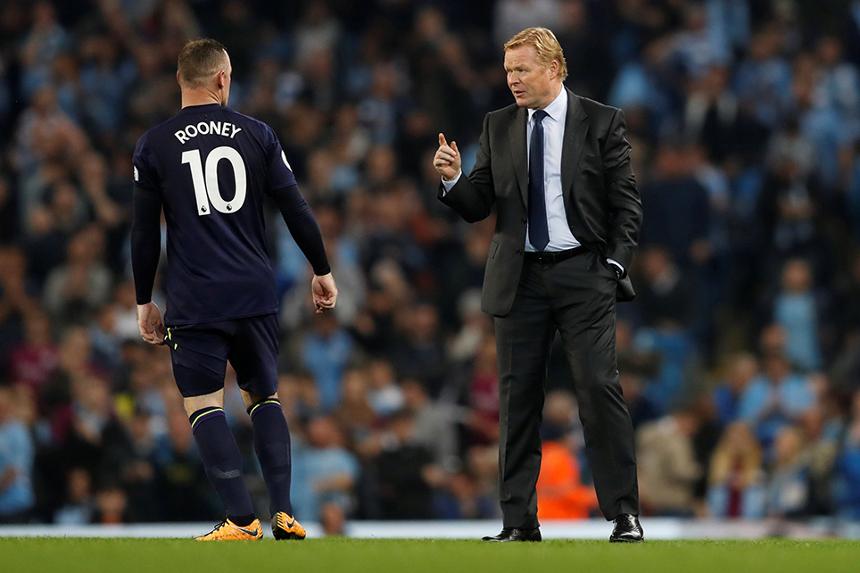 Ronald Koeman does not have fond memories of his first two Premier League encounters with Antonio Conte.

Beaten 5-0 and 3-0 by Chelsea last term, the Dutchman was perhaps guilty of overthinking his tactics.

In the first loss, at Stamford Bridge, the Everton manager opted to match the eventual champions in a 3-4-3.

But the ploy backfired and before half-time he had reverted to a more familiar back four.

His two wide central defenders also struggled when pulled to the flanks, with Eden Hazard running them ragged in a scintillating individual display.

It was a chastening day at the office, with Chelsea outshooting Everton by 14 efforts to 1 in a one-sided affair.

"They showed us how to press, the quality on the ball, the movements, the mentality to win the game and that was the difference, not the system," admitted Koeman post-match.

In the return match at Goodison Park, Everton played better. But it was another big tactical call from Koeman that captured attention.

After witnessing a successful man-marking job on Hazard from Manchester United’s Ander Herrera, Koeman deployed Gueye to do likewise.

Gueye tracking Hazard’s every move kept the Belgian relatively quiet, but it opened up gaps for other Chelsea midfielders to profit from, with Pedro and Willian both scoring.

By letting his best defensive midfielder get dragged all over the field, Koeman inadvertently weakened his side’s ability to control the middle of the field. His experiment didn’t pay off.

This weekend Koeman has a stronger pool of players at his disposal, but he will be ruing the untimely suspension of Morgan Schneiderlin.

His red card at Manchester City in Matchweek 2 has left Everton with a weakened central midfield for the third successive time in this fixture.

What lessons should be heeded?

I’d expect Everton to focus harder on their own attacking strategy, rather than prioritising a containment policy.

While a solid defensive shape is still a must, Chelsea have shown enough defensive vulnerabilities to provide encouragement to Koeman’s men.

With Wayne Rooney and Dominic Calvert-Lewin in good form it makes sense for Everton to play on the front foot whenever possible.

A strong collective belief will also be the key to Everton’s performance.

If they approach this as a match they can take three points from, rather than focusing on a damage limitation strategy, they may enjoy greater success.

Playing their own natural game is probably the best policy for Koeman’s side.

Also in this series:
﻿Ritchie and Atsu must stretch West Ham
How Maguire can shackle Lukaku