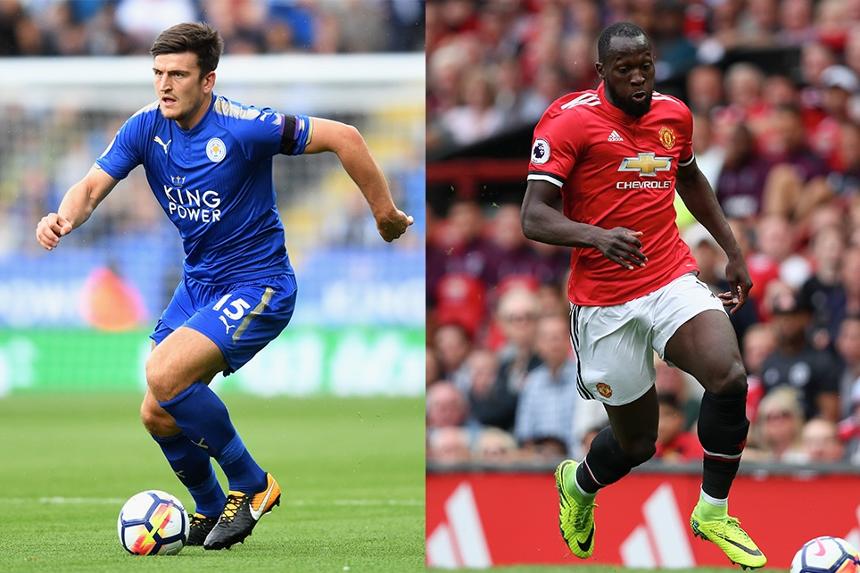 Why Ritchie and Atsu should stretch West Ham

Manchester United versus Leicester City will throw up intriguing individual battles all over the pitch, but a powerful duel between Romelu Lukaku and Harry Maguire stands out above the rest.

The two summer signings, both 24, go into Saturday's encounter in outstanding form for their new clubs.

Maguire will be assessed after suffering a knock in the Carabao Cup in midweek, but trained on Thursday and will be buoyed by a maiden England call-up.

He has great prowess in the air and, if he recovers, this will calm Leicester's nerves whenever United have a set-piece.

Leicester conceded three goals from corners on their last visit to Old Trafford, in a 4-1 loss. To make matters worse, Jose Mourinho's tall side have scored from such situations in both their Premier League matches this season.

In open play it would be counterproductive for United to knock too many high balls into Lukaku.

Despite his sizeable frame, the striker struggles to win enough aerial duels to make it a worthwhile ploy, and it would play into Maguire and Leicester’s hands.

While he holds the clear aerial advantage, Leicester’s new centre-back knows he must tread a fine line with his approach to marking the former Everton striker.

Maguire has strength and a good reading of the game. He is at his best when stepping in to make a challenge or interception just as a centre-forward is looking to hold the ball up with his feet.

However, this type of approach is potentially risky when up against the powerful Lukaku.

Although getting close enough to prevent Lukaku from turning is a plus, should he get spun and have to enter a race, the 6ft 2in defender does not have the pace required to keep up with the forward.

This will be the biggest concern for Maguire ahead of kick-off: knowing his direct opponent is considerably faster, he must get his judgements of distance absolutely spot on.

While he poses an obvious all-round threat, Lukaku is at his most menacing when running on to through-balls.

Therefore Maguire and rest of the Foxes defence will be reliant on team-mates applying the necessary pressure in front of them.

While I’d expect Craig Shakespeare’s men to defend pretty deep to shut off the space in behind, they may still struggle to contain the hosts if opposition midfielders are allowed to stride forward at will.

When this happens, who is the best provider for Lukaku?

Based on what we have seen this term, Leicester will need to pay the greatest attention to Henrikh Mkhitaryan.

The Armenian has provided four key passes for Lukaku this season, three more than any other team-mate.

Given room to look up and pick a pass, Mkhitaryan could be destructive.

To keep a rampant United and their big summer signing quiet at Old Trafford this weekend, you sense it will be require colossal performances from Maguire and the rest of the Leicester side.

We have seen them raise their game in big matches before, so watching this battle unfold will be fascinating.

Also in this series:
﻿Ritchie and Atsu must stretch West Ham