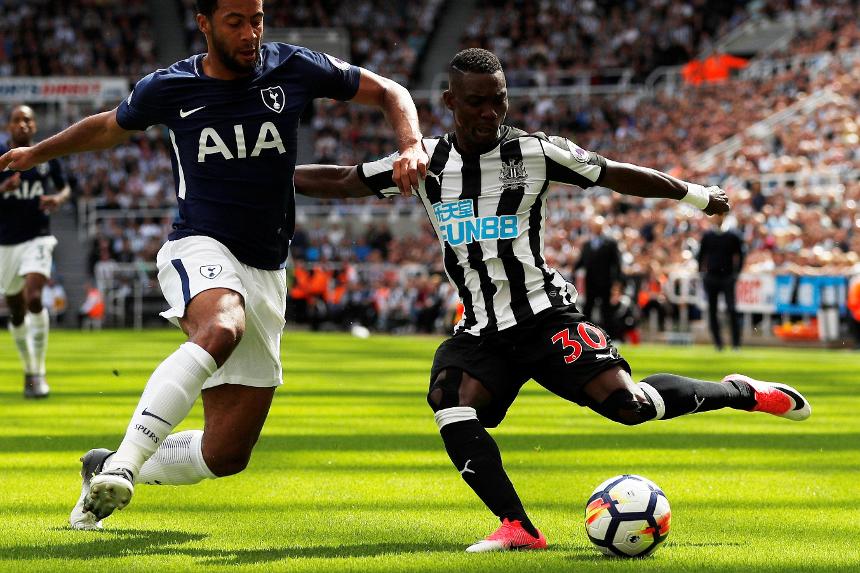 Newcastle United and West Ham United could both do with a morale-boosting victory to kick-start their respective campaigns as they head to St James’ Park without a point between them.

For Newcastle, wide men Matt Ritchie and Christian Atsu will be key on Saturday.

During their Championship title-winning season, Newcastle relied heavily on the width, balance and end product the two consistently supplied.

Atsu, who has converted his loan last season from Chelsea into a permanent move, was directly part of eight goals (five scored, three assists) in just under half of Ritchie's playing time.

Both are quick, industrious and creative, and their twin wing threat made Rafael Benitez’s side a hard one to contain at Championship level.

Throughout the 1-0 loss to Huddersfield Town last weekend, we saw these two wingers frequently switch flanks. But aside from one excellent Ritchie strike that was brilliantly saved by Jonas Lossl, they were both on the periphery.

Atsu played too deep and narrow, failing to stretch play in the way that he did on the opening weekend at home to Tottenham Hotspur.

When he holds his width on the left wing as he did that day, using his pace to drive into the penalty box, the Ghanaian is at his most dangerous.

Pablo Zabaleta had his hands full trying to contain a series of dangerous raids from Manchester United’s Marcus Rashford in Matchweek 1, and Southampton’s Ryan Bertrand and Nathan Redmond the next weekend. On the other flank, Slaven Bilic has already replaced Arthur Masuaku with Aaron Cresswell.

If Newcastle want to punch holes in the Hammers' defence and create better goalscoring opportunities for Dwight Gayle, Joselu or Ayoze Perez, they will need their wingers to be more heavily involved.

That means seeking them out with early passes and encouraging them to run at the West Ham defenders. This style of football will also excite the home fans.

Ritchie boasts a masterful left foot and is a fabulous crosser from the right, while Atsu has the speed to get himself in behind opposing defences.

Of Newcastle’s 24 crosses in 2017/18, only four have reached their intended target, with Ritchie (one occasion) the only winger to have produced an accurate one.

To grab three valuable points at St James’ Park, the supply line from Ritchie and Atsu has to be far better.

How Maguire can shackle Lukaku