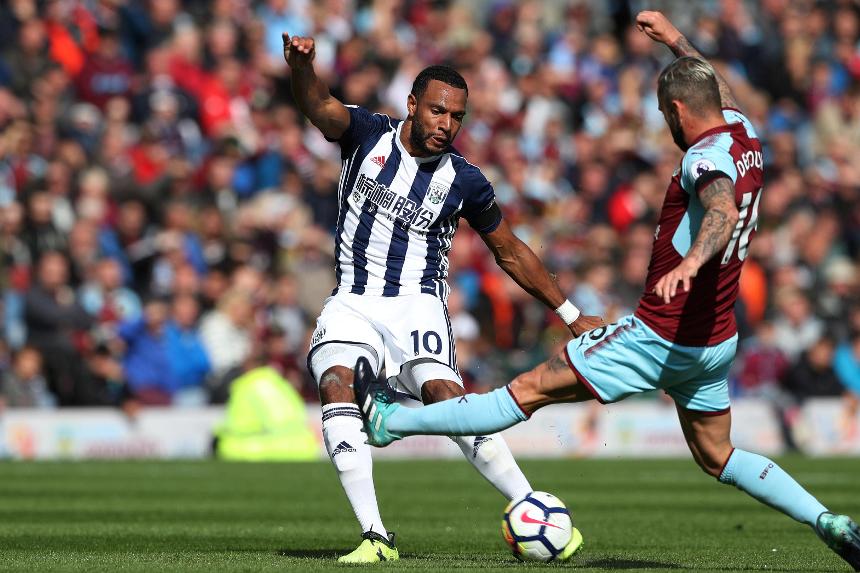 One of the best crossers in FPL can expose a Stoke City weakness in Gameweek 3, says The Scout

The Scout looks to an in-form West Bromwich Albion side for his fourth player to watch for Gameweek 3.

The winger is off the mark in Fantasy Premier League, having set up Hal Robson-Kanu’s (£5.5m) winner in the Gameweek 2 victory at Burnley.

He then followed that up with a goal and an assist in the 3-1 Carabao Cup victory over Accrington Stanley on Tuesday night.

Phillips can also take advantage of a weakness down the left side of the Potters’ defence.

Stoke have allowed 30 crosses down their left, compared with only 12 from the right.

His pace and long-range shooting make him a threat from open play, but Phillips is also a key figure on set-pieces.

This is key because West Brom scored 20 goals from set-pieces last season, second only to champions Chelsea.

That included a PL-high 16 goals from corners.

Phillips ended last season with four goals and nine assists from only 26 starts, with injuries stalling his progress.

But he was still West Brom’s top-ranked midfielder with 115 points.

Should he stay fit then Phillips can better that tally in 2017/18, and the forthcoming period will be vital to his FPL prospects.

Four of their next five matches score only two in the Fixture Difficulty Rankings.

With an ownership of just 2.6% of managers, Phillips is an intriguing midfield differential for Gameweek 3 and beyond.