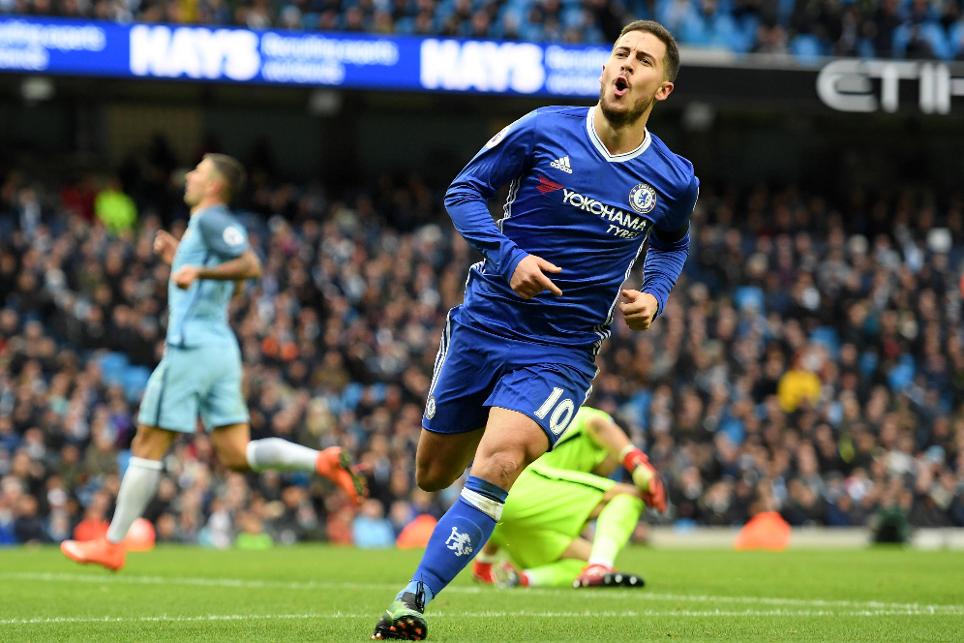 Owen Hargreaves has backed Eden Hazard for the EA SPORTS Player of the Season award for 2017/18.

The former Manchester United midfielder believes that Hazard can follow N'Golo Kante's 2016/17 triumph, albeit with competition from a fellow Belgian at Manchester City.

"Hazard, for me, was the player of the year last season - if he’s here this season then he’ll win it," says Hargreaves, the third pundit after Phil Neville and Michael Owen to reveal his predictions for the forthcoming campaign.

"Kevin De Bruyne looks like he’s playing with kids; he makes it look that easy. He’s my outsider but I think Hazard on his day is the best player."

In the video below, Hargreaves also reveals who he thinks can spring a surprise, and which young player is a "superstar in the making."