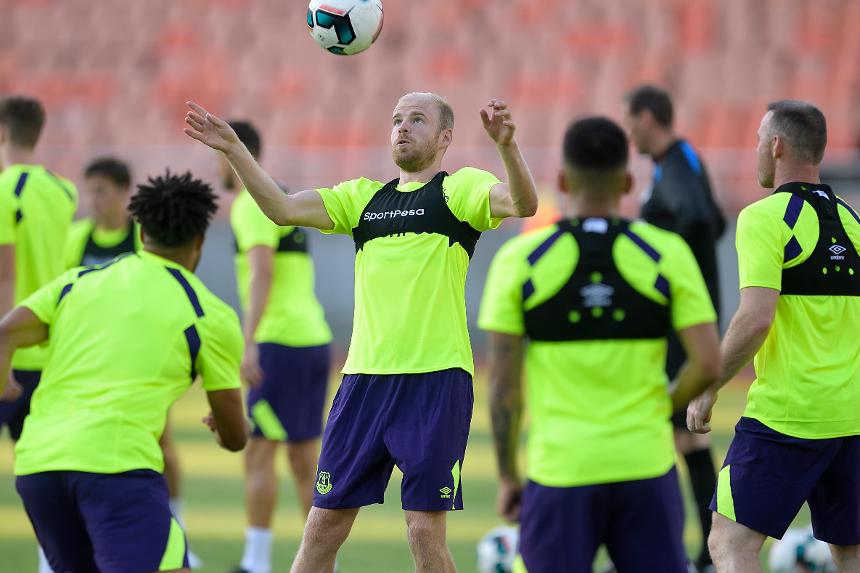 In the first of his series on summer signings, Adrian Clarke explains how Everton's new Dutchman can fill the void left by Romelu Lukaku

Klaassen: Blues can take me to next level External Link

This summer's transfer window has got off to a busy start. But with the big kick-off less than a month away, there is little time for new faces to bed in.

Adrian Clarke assesses a trio of overseas midfielders who are preparing to make their Premier League debuts, starting with Everton's Davy Klaassen.

Frustratingly for Ronald Koeman his Everton side fell short on that front last season.

With five goals Ross Barkley was the Toffees' top-scoring midfielder. It ranked 20 behind their leading marksman Romelu Lukaku, upon whom they relied too heavily.

The purchase of Klaassen from Ajax is designed to rectify that imbalance.

Klaassen has a natural instinct inside the box and times his forward bursts expertly.

In all competitions last season, Klaassen scored 20 times. He is a clinical finisher with fabulous accuracy.

Combining his last two seasons at Ajax, Klaassen had a shooting accuracy of 61.1% and a shot conversion rate of 25.2%.

With Lukaku now a Manchester United player, there will be a greater onus on Everton’s midfielders and forwards to contribute inside the final third. Therefore the introduction of Klaassen makes perfect sense.

The 24-year-old is a No 10 who likes to take up intelligent positions between the lines but at Ajax he was also used as a box-to-box midfielder and as a deep-lying playmaker.

This versatility will come in handy for Koeman, who regularly tweaks his formations. It is likely the Netherlands international will be used in a variety of roles.

Aside from his knack for goalscoring, Klaassen is also renowned for his high energy levels.

In Dutch football he would regularly top the Ajax ranks for most distance covered, scurrying around the pitch to exert his influence.

Having captained Ajax, he is also a natural leader as well as a neat distributor of the ball.

Will he deliver creativity on top? The likelihood is pretty high.

His tally of 58 chances created stacks up pretty well, even if Barkley beat that by carving out 84 PL opportunities for during the same period.

The Premier League will be a big step up for Klaassen, so success is not guaranteed. But his intelligence and endeavour should make him a popular figure on Merseyside.

His key strength, though, is goals. In this post-Lukaku era, the Toffees will need him to hit the ground running.