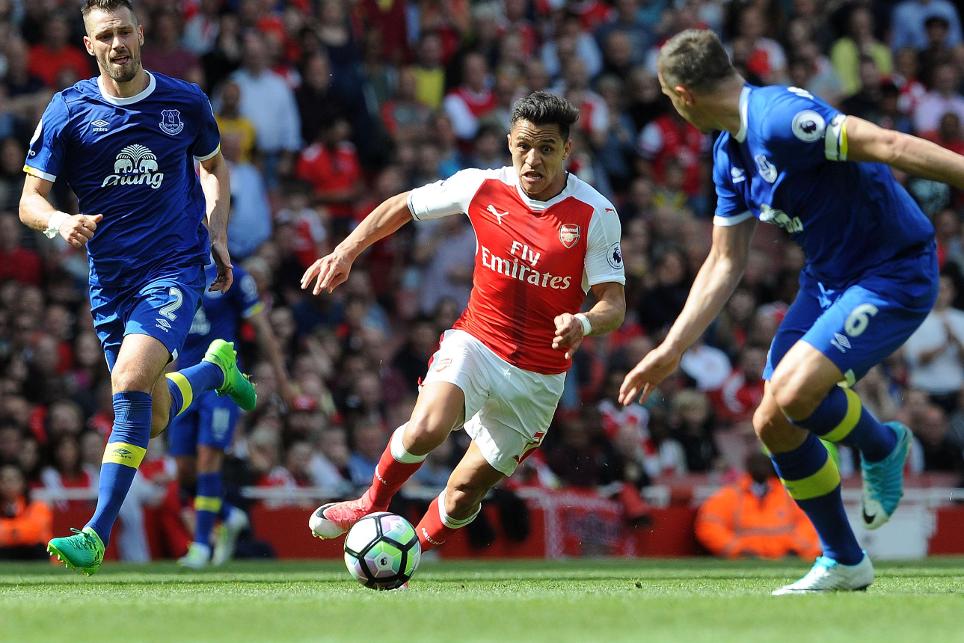 Continuing his analysis of positions, The Scout looks at Arsenal star's unrivalled output in 2016/17

At the start of the season Alexis Sanchez (£11.7m) was handed a lofty Fantasy Premier League price-tag but by its end, the Arsenal star had done more than enough to justify it.

Sanchez had been made the most expensive FPL midfield player, initially costing £11.0m, but he showed his versatility with a variety of different roles and proved a consistent source of FPL points throughout the season.

Used as a lone striker, on the left or latterly in a central support role in a 3-4-2-1 formation, Sanchez returned 24 goals, 11 assists and 32 bonus points to end the campaign as top-scoring FPL player with 264 points.

Sanchez recorded double-digit returns on 11 occasions and his Gameweek 14 haul of 23 points in a 5-1 win at West Ham United is etched in Fantasy folklore as the highest of any midfielder in a single fixture.

Claiming a place in the FPL Dream Team on nine occasions, Sanchez’s average of 6.9 points per match (ppm) was bettered only by Tottenham Hotspur's Harry Kane (£11.9m), with 7.5.

Fifteen of Sanchez’s goals and 150 of his points arrived on the road, whereas it was Eden Hazard (£10.5m) who supplied the most reliable source of returns in home matches.

The Chelsea winger scored 12 of his 16 goals on home turf, at least three more than any midfield rival, on his way to topping the Bonus Points System (BPS) ahead of Sanchez, by 869 to 834.

Hazard’s total of 33 bonus points was joint-first from midfield, along with Kevin De Bruyne (£10.5m).

The Manchester City playmaker flourished in his first season under head coach Pep Guardiola. He ranked first with a total of 21 assists, more than double his output (10) from the previous campaign.

Despite finishing sixth in the midfield standings on 199 points, De Bruyne was unfortunate not to add to his six-goal tally. He struck the woodwork on eight occasions, more than any player in the Premier League.

As part of 32.3% of FPL squads, he was second only to Sanchez for goals (18) and edged out Hazard to claim second spot in the midfield rankings with an 11-point return in a 7-1 win at Hull City on the final day.

Yet Alli was tussling for FPL superiority with team-mate Christian Eriksen (£8.9m) throughout the campaign.

Eriksen mirrorred Alli's average of 6.1 ppm and ranked as the top FPL midfielder for both shots on goal (133) and chances created (112).

No Liverpool players, no problem.#FPL champion and Everton fan reveals how he rose to the top without any Reds: https://t.co/8XCxuR1xa4 pic.twitter.com/IRJMgvbT70

Meanwhile, Philippe Coutinho (£8.7m) was the most sought-after midfielder.

Acquired by more than three million FPL managers, the Liverpool playmaker missed seven matches though injury but finished the season with seven goals and two assists over the final nine Gameweeks, impressing in a new midfield diamond formation.

The Icelander played the most minutes (3,327) of all Fantasy midfielders and scored or assisted 48.8% of his side's 45 goals.

Ranking sixth in the overall standings, he was joint-top with Sanchez for shots on target (49), producing a goal or assist in 19 of his 37 starts.

Capoue scored four times in the opening five fixtures but added only three more goals, peaking in price at £5.1m in Gameweek 14 before dropping back to his initial valuation.

King netted only twice in his first 18 matches before embarking on a run of 14 goals from Gameweek 19, more than any other midfield rival.