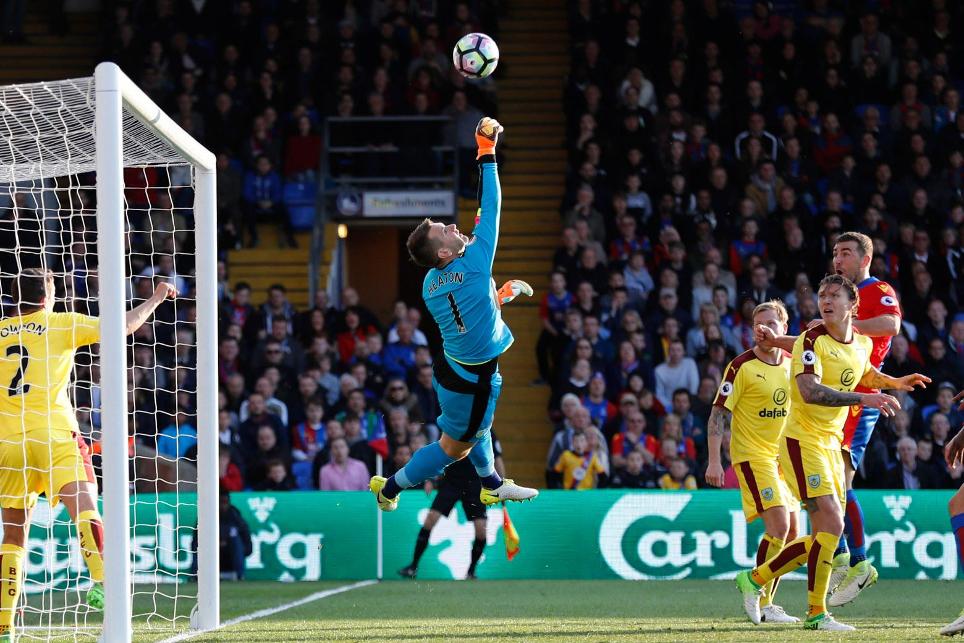 ﻿Burnley's Tom Heaton (£5.1m) has demonstrated that value for money is the key factor when it comes to selecting a Fantasy Premier League goalkeeper.

His outstanding campaign also highlighted that both save and bonus points can outweigh the benefits of clean sheets - the traditional scoring method for goalkeepers in Fantasy.

Despite collecting only 10 shutouts, Heaton ended the season with 149 FPL points - six ahead of Tottenham Hotspur's Hugo Lloris (£5.5m), who kept 15 clean sheets.

Heaton's defiant displays regularly rewarded his owners with additional points from saves. His total of 142 stops was more than any other player and he delivered at least one save point in 22 of his 35 Gameweek appearances.

But even Heaton was overshadowed by Sunderland's Jordan Pickford (£4.2m) in this respect.

Despite recording only four clean sheets, Pickford produced save points in 22 of 29 Gameweek appearances and his total of 36 points was more than any other goalkeeper.

Second only to Manchester United’s David De Gea (£5.5m) for overall ownership (21% to 33%), Jakupovic claimed 18 save points from 22 appearances.

That ensured his average of 3.9 points per match (ppm) was identical to both De Gea and Chelsea's Thibaut Courtois (£5.9m), who recorded 16 clean sheets to claim the Golden Glove.

When it came to accruing bonus points, Heaton was simply untouchable.

Heaton's total of 21 bonus points was more than twice any other goalkeeping rival, ﻿Kasper Schmeichel (£4.9m) and Victor Valdes (£4.5m) his nearest challengers, on 10 apiece.

It also shattered the previous record of 16 bonus points scored by a goalkeeper in a single season, set by Sunderland's Vito Mannone (£4.0m) in 2013/14.

The Burnley No 1 delivered double-digits on five occasions, including an 11-point tally at Manchester United in Gameweek 10, when he made 11 saves.

SEASON MONTAGE | Race through the campaign in 2 minutes! What was your favourite moment of 2016/17? pic.twitter.com/TVYAPz40dl

Valdes was his closest rival for big hauls, producing 10+ points on three occasions.

Understandably, Heaton was also the most in-demand pick between the sticks.

And his dominance in terms of the value he offered extended across all four positions. Tallying a total of 149 points, Heaton was the No 1 player for points per million (29.2).