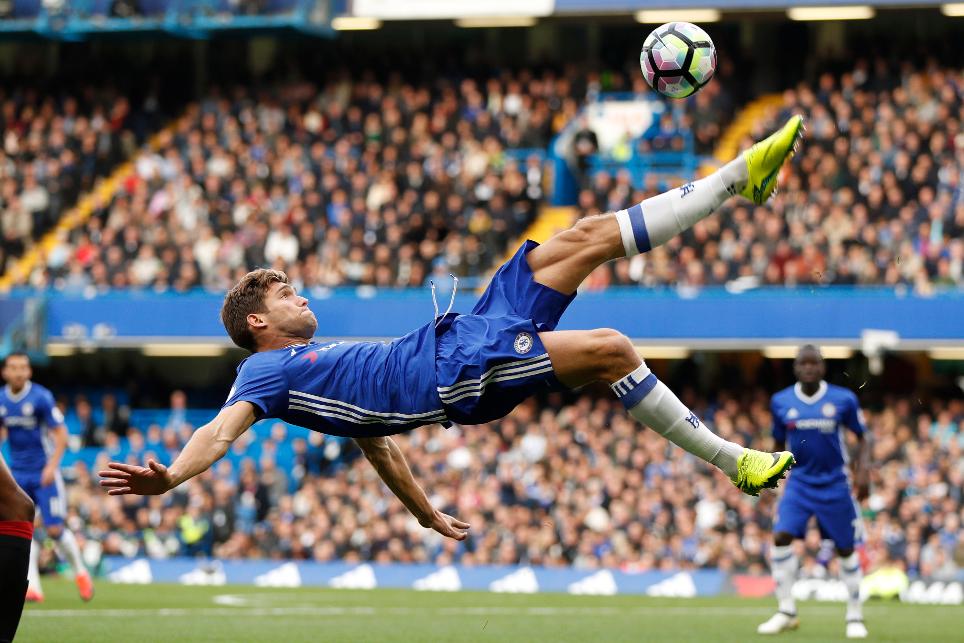 Heaton raises the bar for FPL goalkeepers
FPL Show: Knockaert a must for 2017/18
Exclusive: Liverpool not an option for FPL winner

With his Chelsea side 3-0 down to Arsenal at Emirates Stadium in Gameweek 6, the head coach switched to a 3-4-3 formation and introduced Marcos Alonso (£6.9m) off the bench for his first appearance of the campaign.

Alonso became a regular starter from that point as Chelsea embarked on an outstanding run of 10 ten clean sheets in 12 matches from Gameweek 7.

The wing-back role was to become commonplace throughout the Premier League as the season progressed, with Alonso perhaps the perfect example.

He ended the season as the joint-top scorer with six goals, along with team-mate Gary Cahill (£6.7m) and West Bromwich Albion’s Gareth McAuley (£5.0m).

With five assists, Alonso was involved in more goals (11) than any other FPL defender in 2016/17 on his way to scoring 177 points.

He showed a peerless threat in the final third, ranking first for shots (46), shots inside the penalty area (25) and shots on target (16).

Alonso also led the way for points-per-match among defenders, with his average of 5.7 bettered by only five regular midfielders and four forwards.

His 21 points in Chelsea’s Gameweek 21 victory at Leicester City was the biggest tally in a single Gameweek scored by a defender.

Cahill claimed top spot on 178 points, having returned the most clean sheets (17) among defenders, while Cesar Azpilicueta (£6.4m) ranked third.

Azpilicueta was one of three defenders to play every minute of the season, along with Middlesbrough’s Ben Gibson (£4.9m) and AFC Bournemouth’s Steve Cook (£4.8m).

Cook made more clearances, blocks and interceptions (CBI) than any other player (476) to rank third in the Bonus Points System (BPS) on 777.

But Azpilicueta top-scored in that area, amassing 872 in the BPS to record a tally of 22 bonus points, more than any other defender.

.@CesarAzpi played every minute of every match during our Premier League title-winning campaign! 👏#ChelseaChampions pic.twitter.com/wWKuPeNHR7

Initially priced at £6.0m, he was the joint-top defender with Cahill for value in terms of points-per-million (26.6).

Despite the options on offer at Stamford Bridge, it was Tottenham Hotspur’s Kyle Walker (£6.2m) who proved the most popular defensive pick.

Acquired by 1.6m FPL managers, the right-back ended the season as the most-owned backline option, sitting in more than 28% of squads.

Walker proved a reliable source of defensive and attacking returns, complementing 14 clean sheets with the most assists of any FPL defender (six).

An average of 5.1 points per Gameweek appearance was second only to Alonso among FPL defenders to have played at least 1,000 minutes in 2016/17.

Despite missing 12 Gameweeks, Coleman claimed seventh in the defender rankings on 133 points.

The Everton right-back recorded four goals, four assists, 10 clean sheets and 15 bonus points in 26 outings prior to sustaining a season-ending injury in March.