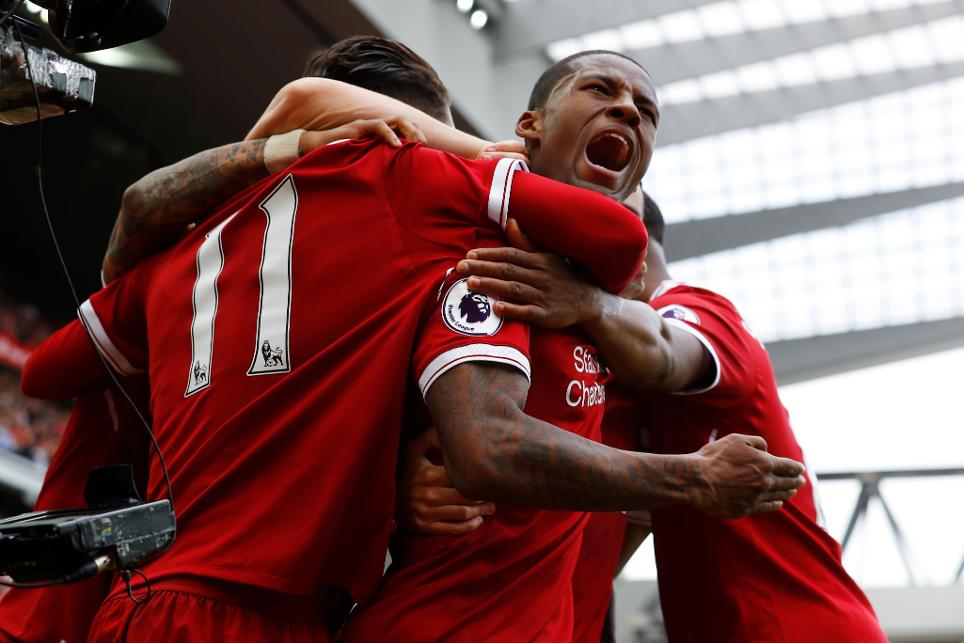 Goals from Wijnaldum, Coutinho and Lallana give Reds 3-0 win against Middlesbrough to return to UEFA Champions League

Liverpool qualified for the 2017/18 UEFA Champions League after overcoming Middlesbrough 3-0 at Anfield.

Without a home win since 1 April the home fans were getting nervous as their rivals for fourth place, Arsenal, went two goals up against Everton.

But Georginio Wijnaldum’s 45th-minute strike set the Reds on their way before Philippe Coutinho and Adam Lallana made it an Anfield celebration with second-half goals.

Liverpool were frustrated for large periods of the first half with Nathaniel Clyne, Coutinho and Daniel Sturridge all sending efforts wide.

But Wijnaldum superbly controlled Roberto Firmino’s quick pass to fire emphatically past Brad Guzan and give his side an all-important lead.

Six minutes after the restart Coutinho curled a trademark free-kick in from 20 yards out and on 56 minutes the match was over as Lallana raced on to Wijnaldum’s nod-down to fire Liverpool into a European qualifier.