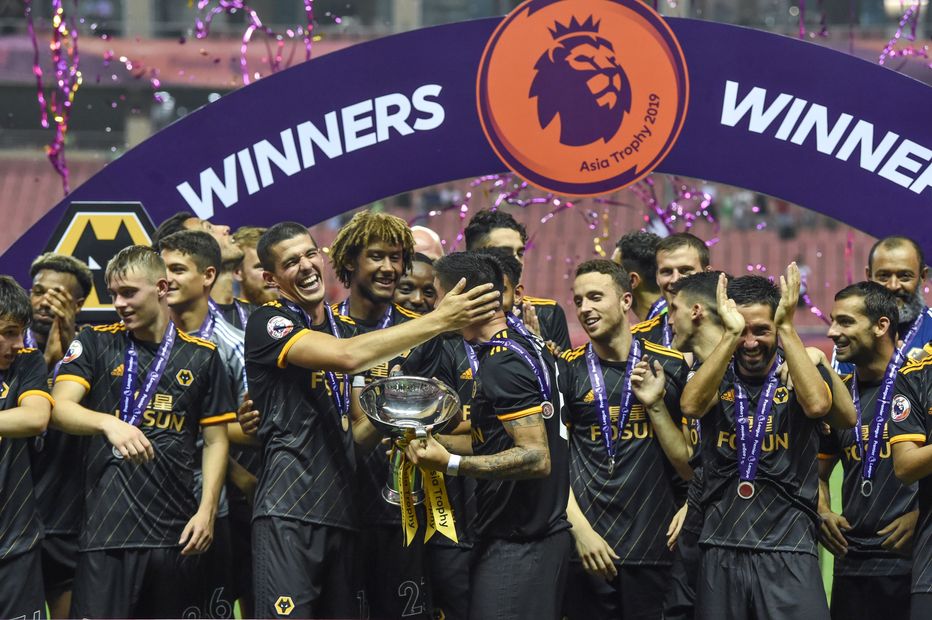 After Wolves lift the 2019 Trophy in China, find out the winners of the past tournaments

Hosted across two locations, Nanjing and Shanghai, it was the second tournament to be held in mainland China, after Beijing hosted it in 2009.

Wolves were the winners on their Asia Trophy debut as they defeated 2018/19 Premier League champions Man City in a penalty shootout, while Newcastle edged West Ham 1-0 in the third/fourth place playoff match.

Here we look back at the previous tournaments, which have been won by eight different clubs.

The inaugural competition was held at the Bukit Jalil Stadium, in Kuala Lumpur, and Chelsea emerged as the first winners after a penalty shoot-out against Newcastle in the final. Birmingham City and Malaysia also competed as the west London club won their first piece of silverware under Roman Abramovich’s ownership.

Bolton Wanderers took the title at the Rajamangala National Stadium in the Thai capital, seeing off challenges from Everton, Man City and Thailand’s Under-23 team.

Again, penalties were needed to find a winner, with Portsmouth beating Liverpool 4–2 from the spot in the Hong Kong Stadium, while Fulham and South China FC also took part.

Tottenham Hotspur took the title after a commanding 3-0 victory over Hull City in the final at the Beijing Workers' Stadium, also finishing ahead of West Ham and Beijing Guoan.

Hong Kong hosted the tournament again and Edin Dzeko struck the decisive goal in Man City’s 1-0 victory over Sunderland in the final. Spurs and South China were beaten in the semi-finals.

Arsenal beat Everton 3-1 at the Singapore National Stadium to win the tournament for the first time. Stoke City and a Singapore XI also competed.

Philippe Coutinho scored one goal and made another in Liverpool's 2-1 win against Leicester City in the final. Crystal Palace and West Bromwich Albion were beaten in the semi-finals.

Rui Patricio saved three penalties to help Wolves defeat Man City 3-2 on spot-kicks after a 0-0 draw in normal time. The third/fourth place playoff match was won 1-0 by Newcastle against West Ham thanks to a Yoshinori Muto goal.