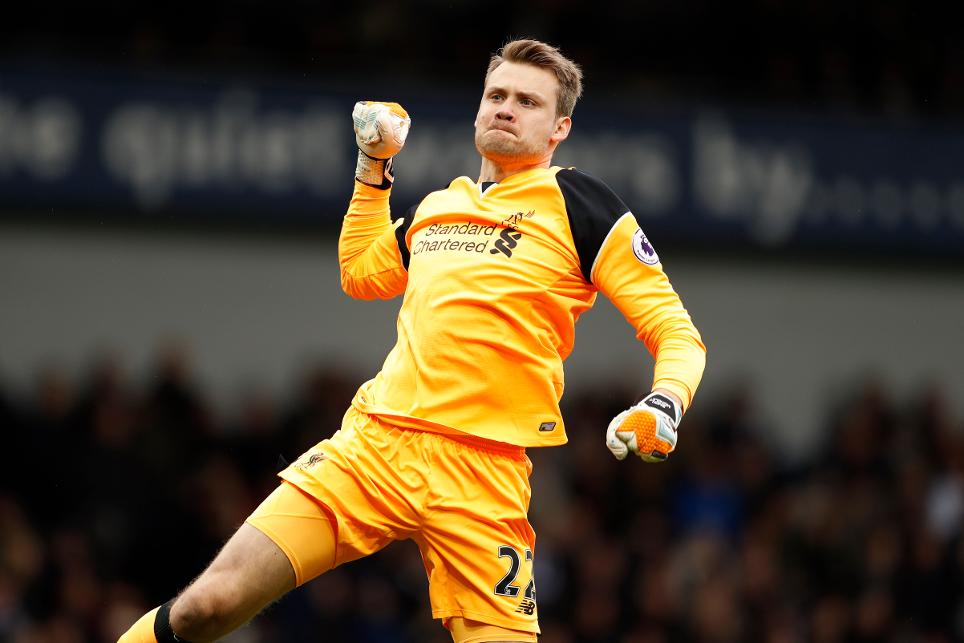 It was a disappointing start to 2017 for Liverpool, but Jurgen Klopp’s men have found their feet recently and are on a seven-match unbeaten run.

Ahead of their Premier League match at home to Crystal Palace, Adrian Clarke analyses the reasons behind their upturn.

Learning to control their instincts

Liverpool’s natural urge is to swarm all over their opponents.

This positive approach has helped them score 69 goals, the highest in the division, but with the door sometimes left ajar at the back, no club in the top seven have conceded more than their 40 goals.

The 3-1 loss to Leicester City on 27 February appears to have been the catalyst for change.

It was the fifth time Liverpool had lost a match they had dominated territorially, and the response from Klopp has been to temper their compulsion to fly forward in numbers.

Their full-backs Nathaniel Clyne and James Milner have since been more selective with their overlaps, and in central midfield the occasional use of Lucas Leiva as a sitting midfielder has added an air of stability.

While injuries to Jordan Henderson, Adam Lallana and Sadio Mane would always affect his tactical approach, Klopp seems to have focused on a slightly calmer, more disciplined style.

Comparing Liverpool's average position maps from last Sunday’s 1-0 win at West Bromwich Albion and the defeat by Leicester (see below) demonstrates this shift.

After beating Burnley at home last month Klopp expressed delight at “the first ugly game we have won” and it could be argued the pattern has continued.

Their last two victories on the road, at Stoke City and West Brom, were results borne out of patience a dogged attitude.

When succumbing to those shock defeats to five bottom-half sides, Liverpool pressed hard for goals, spending an average of 34.8% of the matches inside the final third.

Across the last seven PL contests that number has reduced to 26.5%.

They will still attack with verve at the right times, but Liverpool have been less desperate to camp themselves in advanced areas.

With the forwards at Klopp’s disposal it makes sense to spring breaks from deeper positions anyway, and as results are outlining, it suits them to perform from a firm base that does not expose them to counters.

Roberto Firmino has been in tremendous form.

He has been taking up positions to the right of centre in his last three appearances, with Divock Origi as the main striker, and the Brazilian forward has delivered inventive movement and end product aplenty.

Before the change of position Firmino was also influential as the focal point of Liverpool’s attack.

The Brazilian offers a bit of everything, and that is what marks him down as such a key man.

He is quick and mobile, hardworking, and able to create or finish different types of chances.

Firmino’s last three strikes for example: ghosting into the box to produce a composed finish (v Arsenal), a superb burst down the middle followed by a long-range hit (v Stoke) and a well-placed header from a set-piece (v West Brom) outline his versatility in front of goal.

Coming out on top in 59 aerial duels this season, the third highest at the club, Firmino’s ability to win headers also sneaks under the radar. He has scored three times with his head this term.

As the man who hits the target with more efforts than any other Liverpool player, wherever he pops up against Crystal Palace, this in-form forward must be closely monitored.

One of Liverpool’s most improved players this season has been goalkeeper Simon Mignolet.

Since reclaiming his place from Loris Karius in December, the Belgian has grown in influence, earning Liverpool extra points with a string of match-defining saves.

His manager described Mignolet’s reflex stop to deny Saido Berahino a certain goal at the bet365 Stadium as “one of the best I’ve ever seen”, and his goalkeeper was just as impressive when denying Matt Phillips in a one-v-one at The Hawthorns.

Mignolet's confidence at dealing with crosses also appears to have increased.

Palace are a side who love to deliver balls into the box so will provide a stern examination on Sunday, but he is playing well enough to handle it.

Clean sheets have been hard to come by, but at the heart of Liverpool’s defence they have a blossoming partnership.

Joel Matip and Dejan Lovren are unbeaten in the 13 PL starts they have made together.

They did not feature in the same XI during February or March, or in any of the Reds’ PL defeats, but the more they perform as a pairing, the more comfortable they look.

Lovren is a dominant presence in the air, with 25-year-old Matip a terrific reader of the game. Each is comfortable in possession. It is a pairing that has natural balance.

In total Liverpool have conceded 11 goals in the 13 matches when Matip and Lovren have partnered each other, at a rate of 0.84 goals per match. The team’s season average is 1.21.

If Matip fails to recover from a knock in time to face Crystal Palace and this unbeaten partnership is broken up, it will be a blow to Liverpool's chances.

In-form Palace have the confidence and weaponry to hurt Liverpool if standards drop at Anfield. High levels of concentration will be required.

It has been interesting to note how high Liverpool’s defensive line has been in the last couple of matches.

Pushing up towards the halfway line, they caught Stoke and West Brom offside seven and six times respectively. These are high numbers.

Sam Allardyce, the Crystal Palace manager, will perhaps look to punish this tactic by asking his wide men to make driving runs in behind.

If their timing is good enough to beat the offside trap, the hosts could be in trouble.

Liverpool’s weakness in the air could also be problematic.

Less aggressive than most PL teams in the air, Liverpool have let in more headed goals than any other member of the top seven.

Several of their concessions from set-pieces have also stemmed from “second balls” after the initial header was lost.

Klopp will know that the former Liverpool striker Christian Benteke is the danger man.

The Palace forward has won over a hundred more aerial battles than any other Premier League player. His total of 280 is followed by Burnley’s Sam Vokes in second on 175, so the home side will need to make a plan to deal with him.

If that strategy goes to plan, Liverpool will have a great chance to extend their unbeaten run.