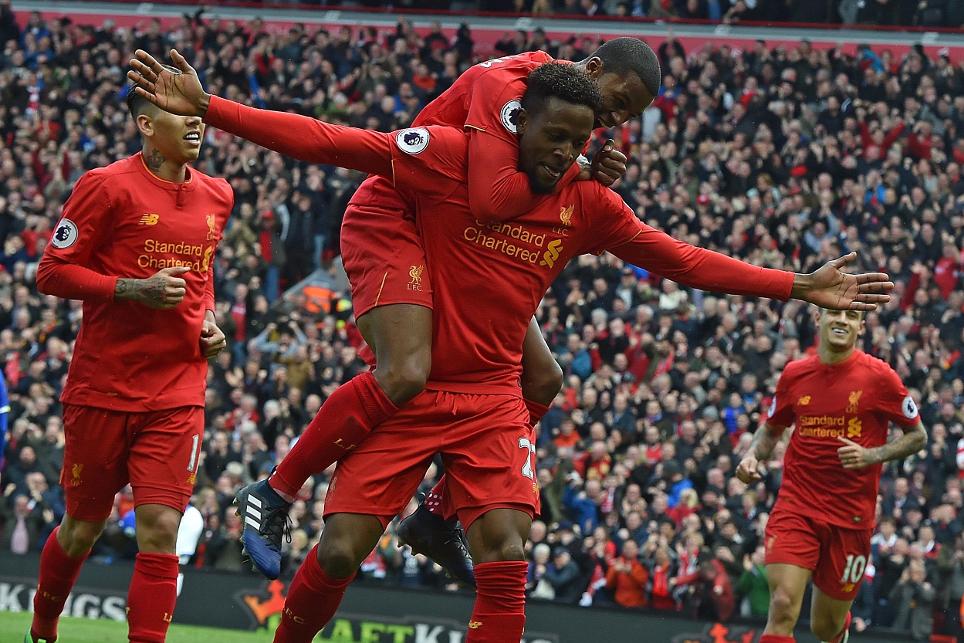 Klopp: We've got plenty of options External Link
Coutinho back in Fantasy demand

Sadio Mane’s (£9.5m) knee injury delivers a major blow to both Liverpool and Fantasy Premier League managers, but his absence now affords a cut-price Reds asset the chance to shine.

Set to start against AFC Bournemouth, Divock Origi (£6.1m) leads our three-man Gameweek 31 attack alongside an in-form Leicester City striker and a centre-forward looking to renew acquaintances with an injury-hit Arsenal defence.

The Burnley shotstopper returns to our select XI having conceded only 10 goals in 14 Turf Moor appearances. He has made more saves in home matches than any other FPL goalkeeper (51) and hosts a Stoke City side who have netted four goals during their last seven Gameweeks.

Scorer of the Hull's opening goal in the Gameweek 30 win over West Ham United, Robertson has flourished in a new wing-back role. He may revert to left-back for the visit of Middlesbrough but offers strong points potential against an opposing team with eight goals from 15 away trips.

While West Brom have collected a modest six clean sheets, McAuley has more than compensated courtesy of six goals scored from corner kicks. He makes the trip to face a Watford side who have conceded 10 times from corners, including a Jonny Evans (£4.4m) header in the reverse fixture in Gameweek 14.

Having returned a first clean sheet since Gameweek 20 in the 2-0 win over Stoke City, we are keeping faith with the Austrian ahead of Sunderland's visit to the King Power Stadium. The Black Cats have blanked in seven of their last eight Gameweeks.

The top-scoring FPL asset disappointed with a two-point return from Gameweek 30 but, up against West Ham on Wednesday, we retain his services. Sanchez scored 23 points against the Hammers in Gameweek 14, who arrive at Emirates Stadium nursing defensive injuries and without a clean sheet in nine matches.

These 3️⃣ are on the rise in #FPL…

West Ham's defensive record urges us to double up on Arsenal’s attack, as we draft in Walcott on the back of four goals in six appearances in all competitions. The visitors will be without first-choice left-back Aaron Cresswell (£5.2m), promoting the Arsenal winger’s prospects.

Alli continues to justify his status as the most popular FPL midfield option – found in 31.1% of squads – having provided three goals and two assists in his last four Gameweeks. He takes on a Swansea City defence who have conceded on more occasions at home (30) than any other side.

Back in double-figures following a goal and assist in Saturday’s Merseyside derby, Coutinho remains the major transfer target ahead of tonight’s 6.45pm BST deadline, taking 190,000+ new owners into his Anfield meeting with AFC Bournemouth.

No side has scored more goals in home matches than Liverpool, driving us to acquire the Belgian striker in tandem with Coutinho. Origi took his chance from the bench in Saturday’s Merseyside derby with a goal and also netted against the Cherries in the reverse fixture.

Ending a run of three starts without a goal, his first-half strike at Hull City will have restored confidence. Carroll will relish the opportunity to face an Arsenal defence without the injured Laurent Koscielny (£6.2m). The target man scored a hat-trick when last up against the Gunners with Gabriel (£4.8m) and David Ospina (£4.7m) in the starting line-up.

Like team-mate Fuchs, Vardy retains his place ahead of tonight’s visit from Sunderland. More than 126,000 new owners have acquired the striker since his weekend strike, as he seeks to extend a run of four goals in as many Gameweeks against the Black Cats.