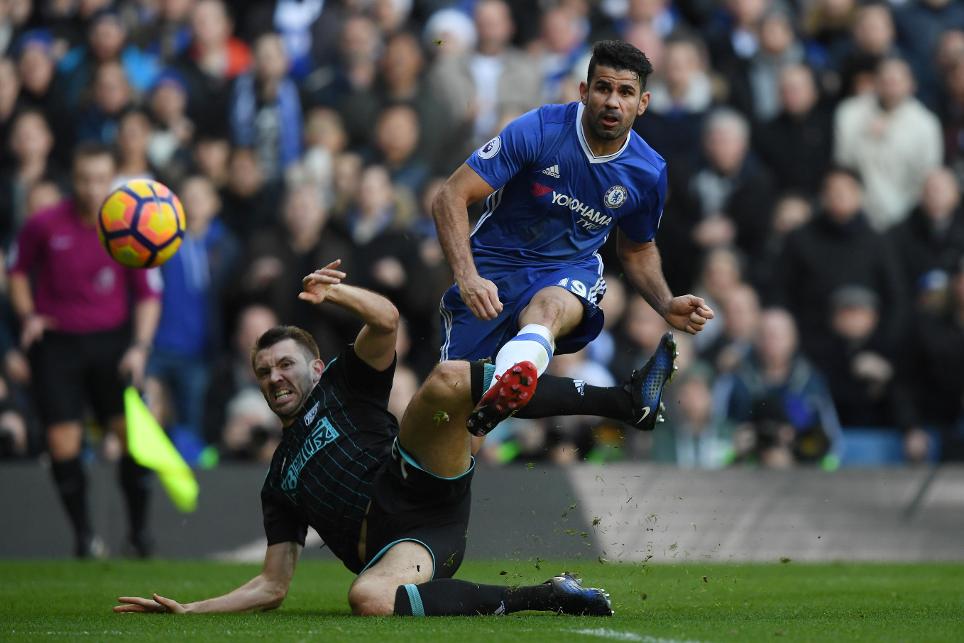 Breaking down the Albion wall

If at first you don’t succeed, try, try and try again.

That’s the mantra Conte adopted against a stubborn West Brom in mid-December, when after switching to his third system of the contest, Chelsea eventually grabbed a 76th-minute winner.

See: How Koeman's Plan B sunk the Baggies

Until then Chelsea had swept all before them in a 3-4-3 formation, winning eight Premier League matches in succession. Their shape was working like a dream.

Many managers would have been reluctant to move away from such a productive formula, but during this fixture Conte accepted Tony Pulis’s gameplan had nullified what had worked so well.

Effectively playing with a back six and central midfielders who were working overtime to harass the home side, West Brom clogged up space brilliantly.

Chelsea’s midfield were forced into mistakes, their attackers had no room to operate, and the wing-backs couldn’t get behind their markers. Up front, Diego Costa was starved of service.

Until their first substitution, a long-range effort on target from David Luiz was all Chelsea had produced of note.

Cue change number one in the 63rd minute, when Willian replaced Pedro with orders to switch to a 4-4-1-1.

Victor Moses was moved from the right to left, with Eden Hazard playing off Costa.

This gave West brom something different, and unexpected, to think about. As a consequence chances began to be created.

In 10 minutes, two opportunities were spurned.

This wasn’t enough for Conte, so he sent on Cesc Fabregas for Moses, asking the playmaker to operate in a floating No 10 role in a return to the 4-2-3-1 that Chelsea used under Jose Mourinho.

The impact was immediate.

Bypassing the hardworking Albion midfield with one quality pass, Fabregas sent Costa away down the right. The weight of his ball was perfect for Costa to knock Gareth McAuley off balance, before cutting in to score.

After the match Conte explained his thinking.

See: How Wenger bounced back at Bournemouth

"Today it was important to change the cards on the table and find a new solution to cut the point of reference for West Brom," he said.

That was shrewd thinking. As was his decision to send Branislav Ivanovic on for the final 11 minutes, as Chelsea comfortably saw the match out in a 5-3-2, their fourth formation of the day.

If Conte had been too obstinate to walk away from his favoured 3-4-3 it could easily have been two points dropped.

Tomorrow How Mourinho pegged back Liverpool