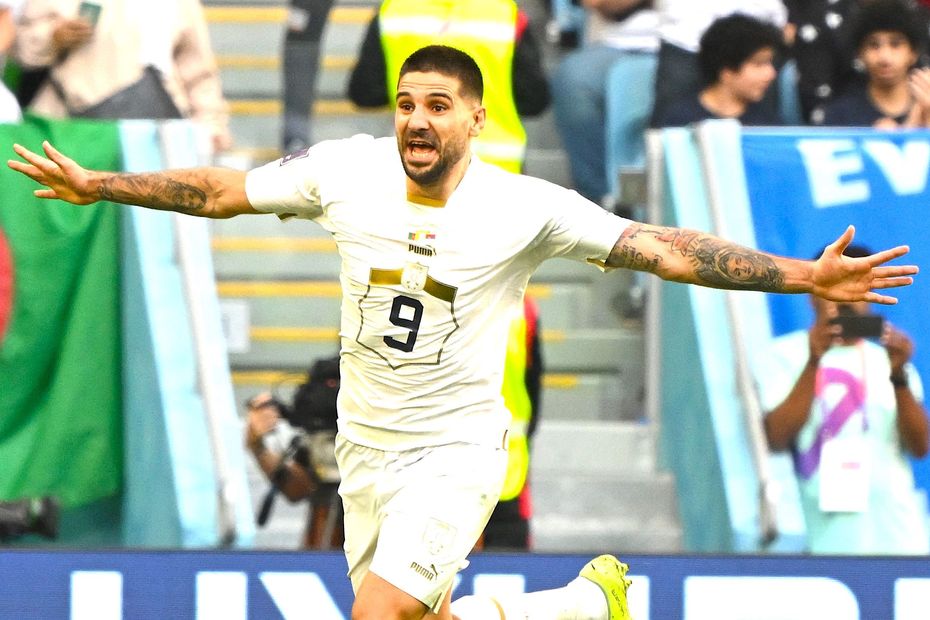 The Fulham forward scored his first goal of the tournament, netting in Serbia’s 3-3 draw with Cameroon.

Having recently returned to action after missing the last two matches prior to the season break, Mitrovic’s strike means he has now scored in four of his previous six outings for club and country.

Despite his run of goals, the Cottagers’ talisman is the second most-sold forward during the unlimited transfers period, moved on by 230,000+ managers.

However, Fulham’s schedule indicates Mitrovic could soon be back in demand.

They face Crystal Palace and Southampton in their first two matches after the season resumes and, along with Chelsea, are the only side with a Double Gameweek 19.

Manchester United's playmaker extended his impressive start to the World Cup, scoring both of Portugal's goals in their 2-0 win over Uruguay.

Fernandes produced two assists in his first match of the tournament against Ghana last week.

Add Fernandes to your team now

That means the Red Devils midfielder now has five goals and three assists in his last five appearances for club and country.

Yet he is owned by just two per cent of Fantasy managers.

Manchester City duo Joao Cancelo (£7.4m) and Ruben Dias (£5.9m) were part of a Portugal defence that kept their first clean sheet of the tournament.

Elsewhere, low-owned Fantasy assets Mohammed Salisu (£4.4m) and Casemiro (£4.9m) were both on the scoresheet for their respective countries.

At the back, Liverpool’s Alisson (£5.5m) and Chelsea’s Thiago Silva (£5.4m) helped Brazil to their second successive shutout on their way into the knockout stages.

All eyes on Wales v England

Meanwhile the most-popular goalkeeper in Fantasy, Leicester’s Danny Ward (£4.1m), looks set to make his first start of the tournament for Wales against England on Tuesday.

The Foxes’ No 1 has climbed to just 10 points off the top of the ‘keeper standings in Fantasy on the back of seven clean sheets in their final nine matches.

Luke Shaw (£4.8m) has been England’s most consistent player in terms of output, supplying an assist against Iran and claiming a clean sheet against USA.