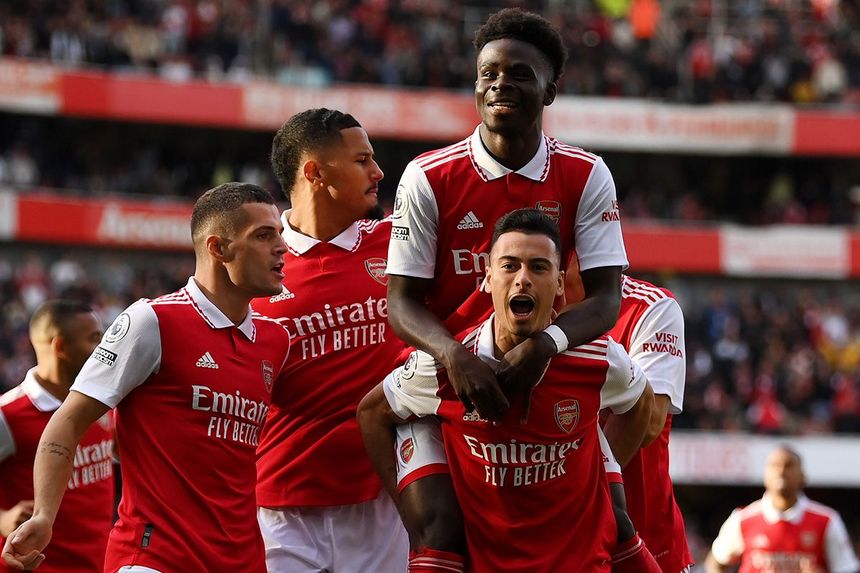 Can Arsenal go all the way in Premier League title race?
Early-season lessons: Newcastle the press masters
Wright returns to roots to back new community facility

Here he looks at how Arsenal have soared to the top of the table.

The surprise leaders have consistently produced fluid, attacking football, scoring in every single match they have played in 2022/23.

This is a far cry from last season, when Arsenal blanked in five of their opening 14 matches.

One of the key factors in their blistering start this time has been the creative output of their five most advanced players.

While some teams rely on one or two individuals, Arsenal have shared the load evenly with their sharp and imaginative quintet.

Indeed, the Gunners are the only Premier League side to boast five players who have created over 20 chances.

When it comes to creating chances in open play, after Matchweek 14 last season Bukayo Saka led the way with 17.

At the same stage this term, all five of Mikel Arteta's primary forward players had created between 19 and 22.

Their attacking threat now comes at opponents from all angles.