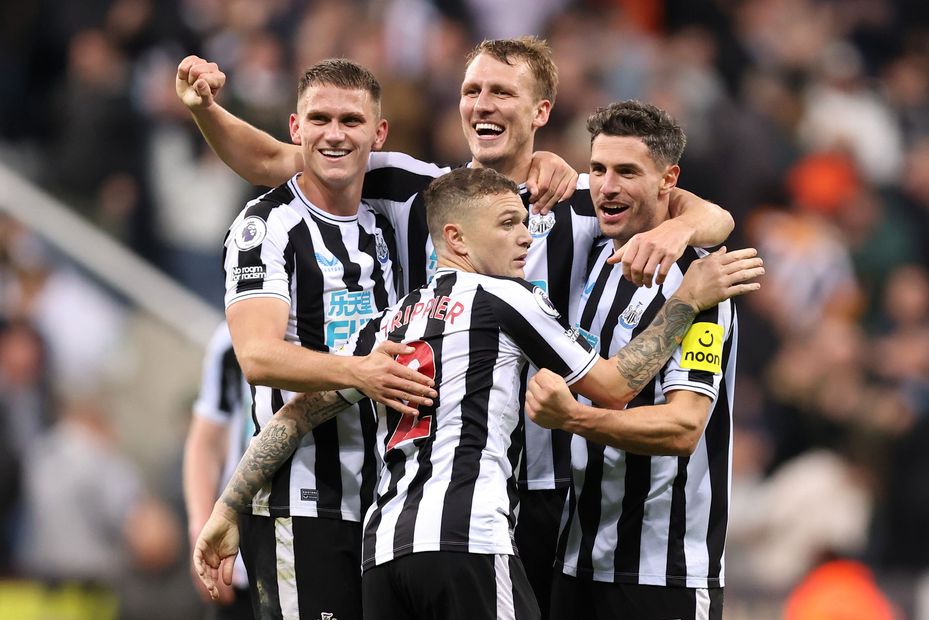 "It's been more than we probably could have hoped," admits Howe External Link
Alan Shearer's 2022/23 Team of the Season so far
FPL Lessons: Trippier an all-round star

High-flying Newcastle have made astonishing improvements under Eddie Howe.

Defensively they were struggling, conceding 30 goals and registering a single clean sheet by this same stage last time around.

Right now, however, Newcastle are sitting pretty in third place with three times as many points, 30, having conceded just 11 goals, the joint-best record in the top flight.

Tactically, Howe has made a number of changes, but it is the Magpies' brave and dynamic off-the-ball work that most stands out.

Transforming them from a side who sat deep and played with a low block, into arguably the best pressing outfit in the division is nothing short of remarkable.

Squeezing higher up the pitch with a more positive mindset, Newcastle's organised and aggressive pressing means they top the Premier League rankings in both departments.

Howe has unquestionably made Newcastle a far more difficult side to play against.